Raising a feminist son starts at home. One way to do this is reading books about women in history and in the present.  I’m excited to share with you this compilation of amazing women in Spanish!  These books are also great for young girls to read so they can see themselves reflected as strong, smart, and powerful girls.  Remember we are raising strong women and men that respect them through literacy.

Celia Cruz was a Cuban-American singer and the most popular Latin artist of the 20th century, gaining twenty-three gold albums during her career. U.S. President Bill Clinton awarded her the National Medal of Arts in 1994

Lucila Godoy Alcayaga, known by her pseudonym Gabriela Mistral, was a Chilean poet-diplomat, educator and humanist

Helen Adams Keller was an American author, political activist, and lecturer. She was the first deaf-blind person to earn a bachelor of arts degree.

Felisa Rincón de Gautier was the first woman to be elected as the Mayor of a capital city in The Americas.

Sonia Maria Sotomayor is an Associate Justice of the Supreme Court of the United States, serving since August 2009. She has the distinction of being its first justice of Hispanic descent and the first Latina

Sor Juana Inés de la Cruz was a 17th century nun, self-taught scholar and acclaimed writer of the Latin American colonial period and the Hispanic Baroque. She was also a staunch advocate for women’s rights.

Julia de Burgos was a poet from Puerto Rico. As an advocate of Puerto Rican independence, she served as Secretary General of the Daughters of Freedom, the women’s branch of the Puerto Rican Nationalist Party.

Amelia Mary Earhart was an American aviation pioneer and author. Earhart was the first female aviator to fly solo across the Atlantic Ocean. She received the U.S. Distinguished Flying Cross for this accomplishment.

Marie Skłodowska Curie was a Polish and naturalized-French physicist and chemist who conducted pioneering research on radioactivity.

Dame Agatha Mary Clarissa Christie, Lady Mallowan, DBE was an English writer. She is known for her 66 detective novels and 14 short story collections, particularly those revolving around her fictional detectives Hercule Poirot and Miss Marple.

Frida Kahlo de Rivera was a Mexican artist who painted many portraits, self-portraits, and works inspired by the nature and artifacts of Mexico.

Gabrielle Bonheur “Coco” Chanel was a French fashion designer and businesswoman. She was the founder and namesake of the Chanel brand. 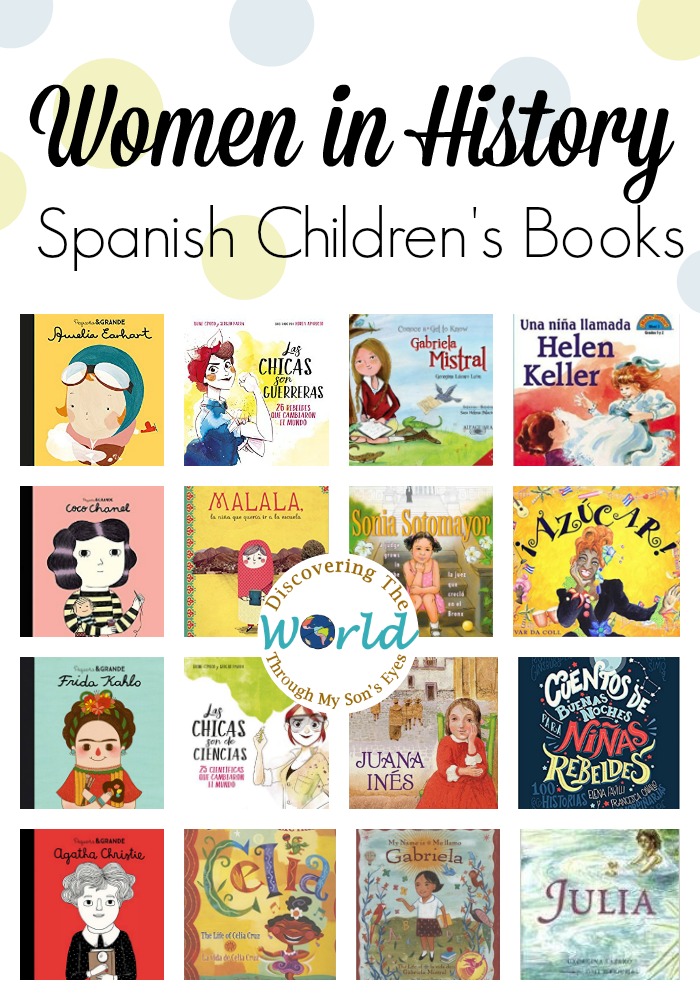 Join us for our annual Women’s History Month series, celebrating the contributions and accomplishments of women around the world! Don’t miss our series from last year, 2016 and 2015, and find even more posts on our Women’s History board on Pinterest:

March 6
Colours of Us

March 7
Discovering the World Through My Son’s Eyes