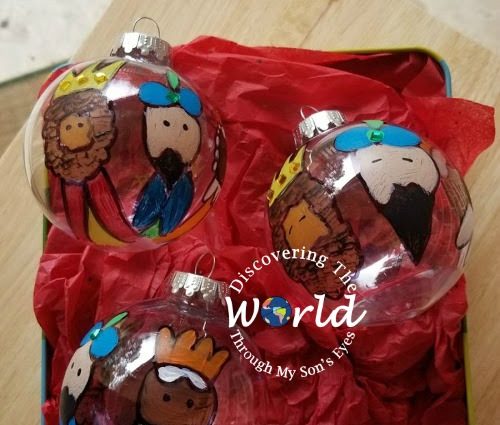 On January 6 we celebrate the Epiphany of the Three Kings, or how in many countries across Latin America call it:  Día de Reyes.  Little one and I had fun making these Wise Men ornaments that will also double up as a gift (you’ll see why).

Disclosure:  This post contains affiliate links. If you click on it and make a purchase I will receive a small monetary compensation. Thank you!

Start by drawing a template with the permanent marker of the magi on your clear acrylic ornaments. 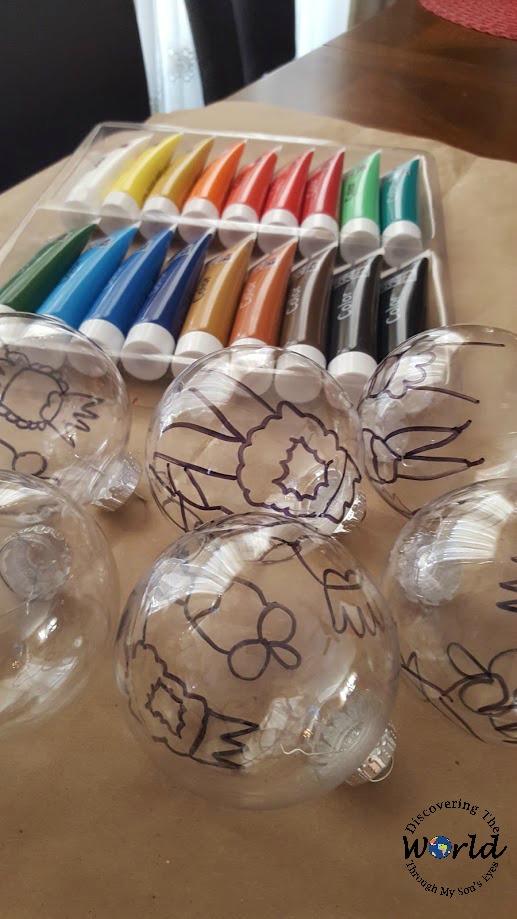 Recruit help from your kids to help paint them. After you’re done painting the fun part begins: making them into gift ornaments! 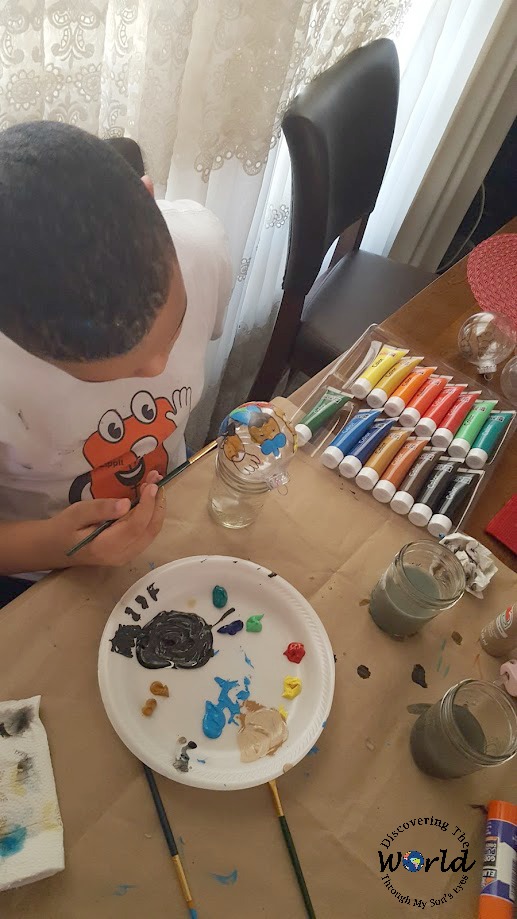 For these ornaments I used $1 bills that I carefully taped to each other until I had a long strip of dollars.  Before rolling them up I tape a piece of ribbon on one end.  Then I rolled them up and inserted into the ornament! Aren’t these so stinkin’ cute! These will make a great gift for Día de Reyes! I taped 10 $1 bills but you can tape as many as you like. 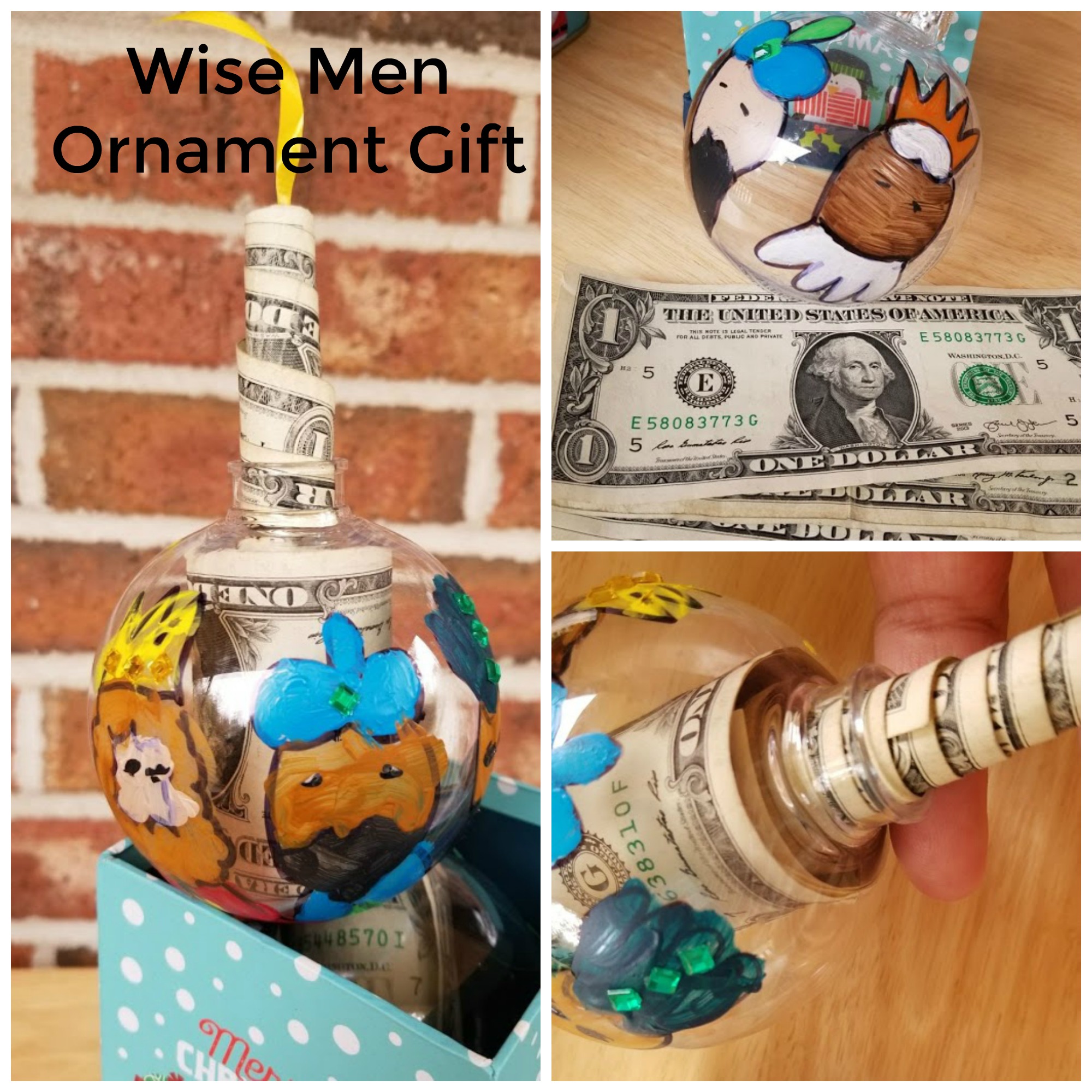 “The wise men were guided to look for the King of the Jews by a miraculous stellar event, the “Star of Bethlehem,” which they called “His star” (Matthew 2:2)

9 “After they had heard the king, they went on their way, and the star they had seen when it rose went ahead of them until it stopped over the place where the child was. 10 When they saw the star, they were overjoyed. 11 On coming to the house, they saw the child with his mother Mary, and they bowed down and worshiped him. Then they opened their treasures and presented him with gifts of gold, frankincense and myrrh.12 And having been warned in a dream not to go back to Herod, they returned to their country by another route.” – Matthew 2:9-12