The Talk The Conversation That We Are Dreading 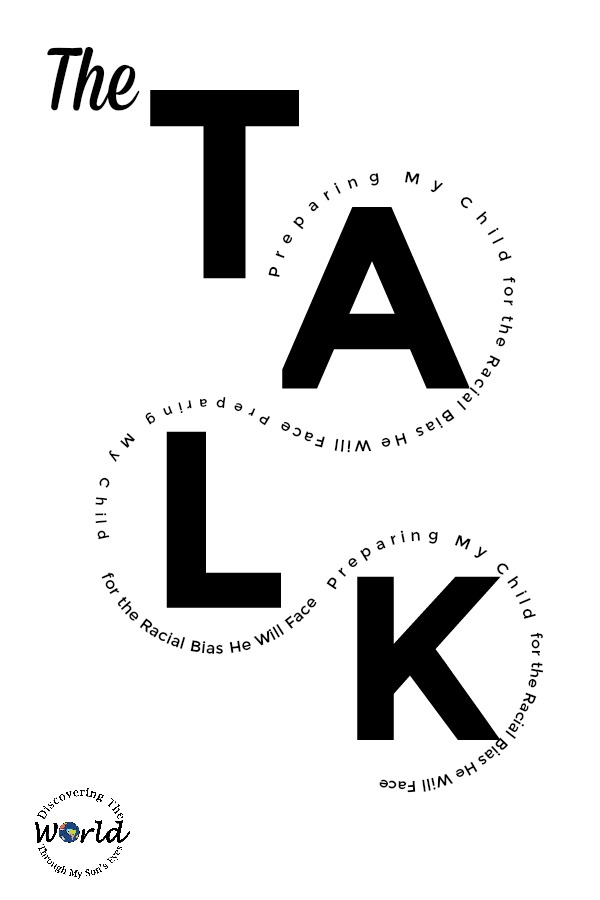 I have sat on this post for many days, writing, re-writing and looking for a perfect title. I’ll be honest, I was at a loss for words. How do we have this conversation with our sweet 9 year old?  He’s the sweetest and most gentlest soul. He sees the good in everyone but now we have to have the “talk” with him.  No, it’s not about the birds and the bees, or how his body will be changing. It was about survival, yes survival.  {Sigh}

Anthony Anderson in his role of Dre portrayed what many parents of black and brown children feel during an emotionally charged episode of Black-ish.  In this episode Dre and Bow aren’t sure how to respond when the kids ask tough questions about a controversial court case involving alleged police brutality.

His portrayal was deep,  poignant, and real.  As I watched this episode I couldn’t but help feel a sudden urge of sadness and hopelessness.   My son is 9 years old, a big boy for his age.

The talk is simply referring to the conversations that Black parents have with their children to prepare them for the racial bias they may face in the world. My mixed child who is proud to be both Black and Latino will always be seen as a  Black man.  He will be measured differently from other men. He is a Black man thus he will need to be more in sync with the world that he sees him differently.

This clip below of Miranda and Ben talking to their son brought tears to my eyes, and I showed it to my son.

With so many violent cases against Black kids and men we can only prepare them.    Their lives can literally depend on it.

For example, he should never run in public. A Black or Brown boy running will be racially profiled regardless.   In the heavily racist climate that we are living in this can lead to a very dangerous outcome for him.

When walking into a store or other location he should take his hoodie off.  Trayvon Martin was wearing a hoodie and was racially profiled.

We will continue to stress that he be polite and cooperative if stopped by the police.

This one is one that hubby stresses all of the time and it’s to be aware of your surroundings: people, places and things.

Him being a Generation Z  kid  (these are kids that have used the Internet since a young age, and they are generally comfortable with technology and with interacting on social media) I will have to remind him to never to use his real information online. Ever! Or send nude pictures of himself ever!

We  will remind him that, no means no, but to never get himself into a situation where that “no” is the only thing that will keep him safe.

My Mom would always tell me that if I’m in an office or a closed area with a man to make sure to keep the door open (this applies to men as well).  Always leave the office door open when talking with a female. If a woman is alone in an elevator  wait for the next one when there are more people.

Lastly, and not less important always pay attention to the exact words and slurs people use. Memorize them. Write them down.

Black or brown, boy or girl this is something that they need to always keep in mind.  I’ve started these conversations with my 9 year old. Though it’s still difficult for his young mind to comprehend it’s a much needed “talk.”

What else would you add?