The Tale of an Almost Lost Lovie 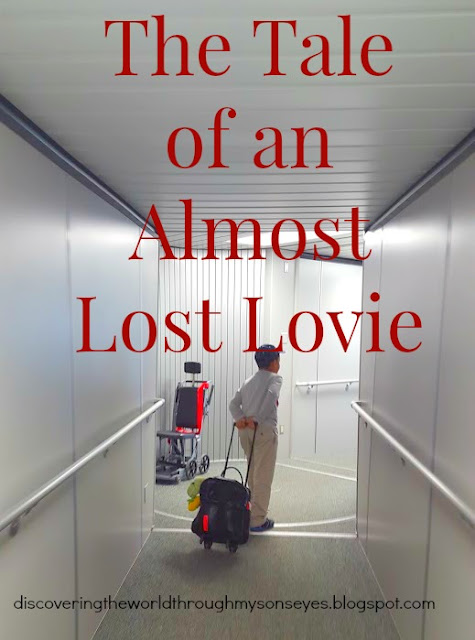 It was early Wednesday morning we were bustling through the famous TSA check-in line at the airport.
We were like 10 people away from getting through the gate.
My very chatty 7 yr. old was excited that we were soon getting on the plane to head back home.
Until…
He turns around, face red, and rivers of tears streaming down his cheeks; and in between sobs, he tells me that he has lost “Moosie.”
Moosie is a pillow-pet that the Three Kings left for him at Abuela’s house that morning.  The morning that we were returning home. His most precious and new lovie… was GONE!
My first instinct was to tell him, forget it we’ll get another one!   But, that’s wasn’t the point.  It was a gift from Los Reyes.   So I quickly shifted thoughts, and attempted to calm him down. We had been in the line for a while; and I desperately looked around trying to figure out what to do. 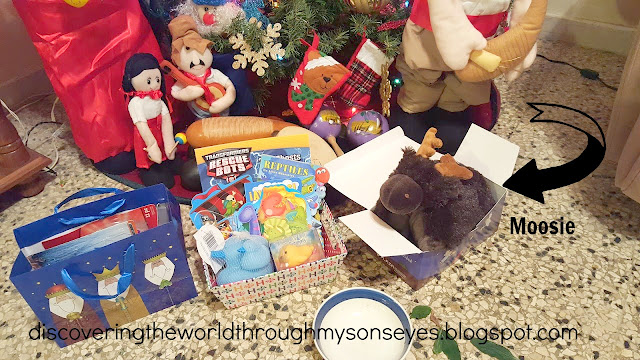 He’s still crying by my side, I have 2 carry-ons with me, and I don’t want to get out of the super, long line.  Against my wishes, I get out of the line anyways! I walk to an airport employee who’s mopping the floor on the other end. I quickly call to her, and she comes to me. I tell her in Spanish, “Mi nene acaba de perder un peluche marrón y no sé dónde puede estar.” (My child just lost his brown stuffed animal and I don’t know where it is.)
She reacted right away, and started going through the line asking folks if they had seen a stuffed animal.   All this while my 7 yr. old is still crying his little heart out!
People in the line started talking among themselves, and a lady yells that she saw it at the far-end of the line, another one, says she saw it on the floor.
After what seemed like an eternity (probably like 3-4 minutes) but seriously for me it was an eternity! A man in the line stretches his arm out with Moosie!   He yells,  “¿Es éste el peluche? (Is this the stuffed animal?)”
I yelled, “¡Si, si!”
Everyone started clapping!
My child stops crying, and I am ever so thankful to the airport lady, to the man that found him, and everyone else in the line!  Moosie was passed down from hand-to-hand all the way to a happy 7 yr. old, and an extremely relieved mama!
This whole situation played out like a movie scene. Moosie would not have been found (or who knows someone could have kept him) without the help of the folks waiting in the TSA line.
To ALL of you ¡Gracias!  Thank you!
Spread the love
2016-03-14
Previous Post: Spain Summer Camp
Next Post: Celebrating Latina Authors for Women’s History Month