The Gift of Language, a Scholarship, and Graduating to Advanced Spanish 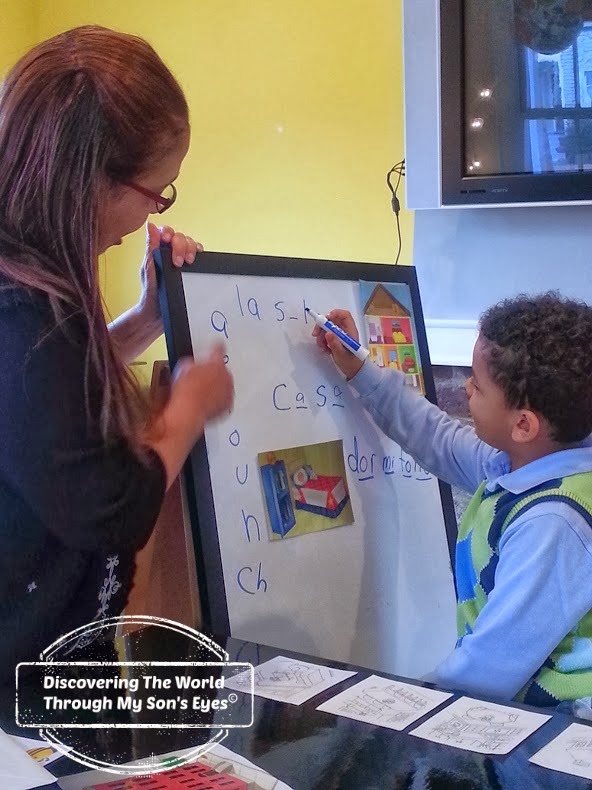 Every time my child speaks to me in full complete Spanish sentences it blows my mind! It’s been exactly a year since we ventured into our Spanish immersion journey. I can’t believe how quickly time has flown by, and how much my son’s Spanish fluency, and understanding has blossomed!
It was around this time, last year that I signed him up for his first ever Spanish immersion language lessons during the Spring of 2013, and I enrolled him again for the Fall of 2013. The first session was a window to Spanish learning, the second session was a refresher of what he already knew.
Now, here we are for the third session in advanced Spanish immersion! Yes, advanced! He’s graduated from the preschoolers session, and was granted a special scholarship for him to return for the advanced sessions. Although, in all honesty we had not planned to re-enroll him for a third session. He was clearly more advanced in Spanish than his classmates, and doing so would not help him progress in Spanish.
However, we were blessed with a scholarship for the language center! How could we say no?! Not only a scholarship, but the opportunity for little man to go to advanced Spanish immersion!
His new language coach is impressed on how much Spanish he knows. She kept praising him during the assessment, and little one was proudly showing off his Spanish! I’m confident that she will take him to the next level in his Spanish learning.
Learning another language has been a true gift! It has boosted my child’s confidence, and now he is able to communicate with la familia.
For instance, he actually answered my cell phone while I was away, and he spoke to his Abuela in Spanish! He wouldn’t say a word in Spanish unless I was around encouraging him to speak Spanish. Their conversation (this was a milestone breakthrough!):
On my return my child tells me what just happened, and I’m still in disbelief! Until I call Mami, and she almost passed out! All she said was “¡Gracias, gracias porque ahora me puedo comunicar con mi nieto!” This brings tears to my eyes!
The gift of language is a connection to our culture, to our identity, and I’m so happy to have a bilingual child! I truly have a bilingual child!
I’m showing off now! Look at what my bilingual child has been up-to!
To read all about our journey into bilingualism click here.