Thanksgiving marks the beginning of our Christmas holiday countdown. The tree is up with the decorations, our ottoman in the living room is filled with Christmas books, Santa Claus figurines adorn our home, and the Nativity is set-up in a special place by the Christmas tree with Joseph, Mary, baby Jesus, and the Three Wise Men Gaspar, Melchior, and Balthazar.

Letters for both Santa, and the Three Kings (the magi) have been written and mailed off. As a multicultural familia we have been celebrating both traditions Santa, and the birth of baby Jesus on Christmas day with the subsequent visit of the magi.
So what would happen if one day the Three Kings actually ran into Santa Claus? I was delighted when I found this book El dia que los Reyes Magos se toparon con Santa Claus / The day that the Three Wise Men were met with Santa Claus (Leer Es Vivir) (Spanish Edition) 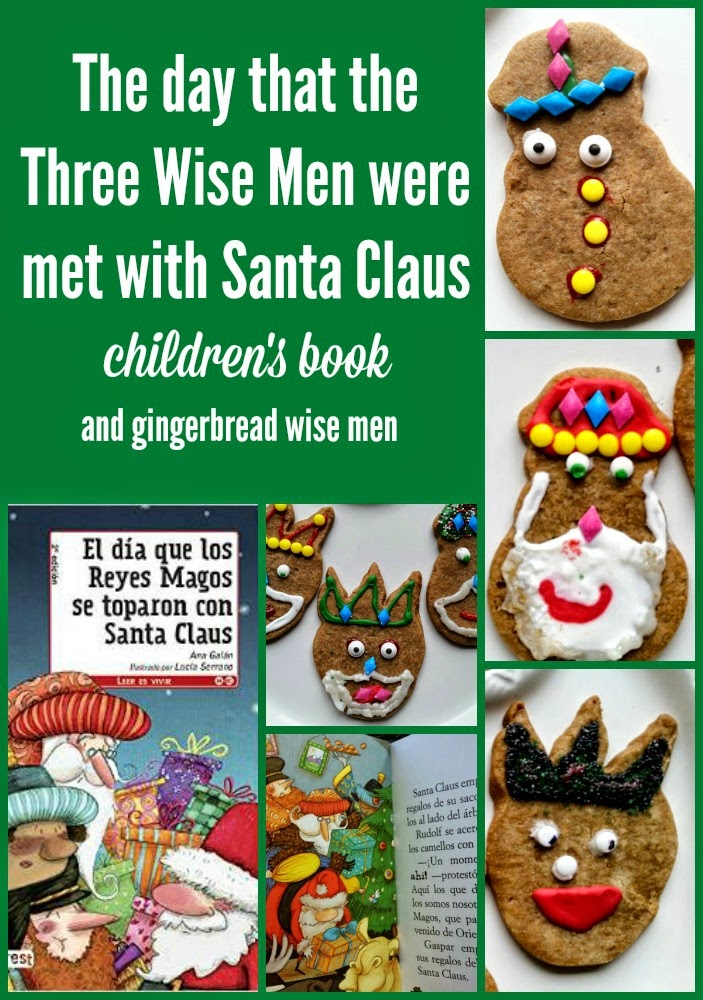 This is an adorable story of a little girl who writes to both Santa Claus and the Three Wise Men asking for the same exact things on both letters. Well Santa Claus happens to be at the house on December 24th Christmas eve to deliver his gifts.
The Three Wise Men  were following  the star on a cloudy night, and ended up at the same address where Santa was! They walked right into the house while Santa was there!  They were instantly baffled, and startled!
My child started laughing!  It was so funny because they were all surprised! Wondering who’s who, and what were they all doing in the house? With all the confusion, and noise the little boy wakes up to find them all in the living room with the gifts.  After a moment of silence Santa says, “Ho, Ho, Ho, Merry Christmas!” The Wise  Men realized that it was Christmas, and not January 6th. In the end, the kids keep one gift each and at their mother’s request all the other gifts were given to needy children.
My son really enjoyed this children’s book. It brings together two traditions that we as a multicultural familia celebrate.  We were able to see the differences with Santa, his reindeer, and elves; and the Three Kings with their camels, and the king’s helpers.
The publisher’s of the book also has some extension ideas to this book, but they are in Spanish. We’ve been having lots of fun gearing up for El Día de Reyes that we also made gingerbread wise men! 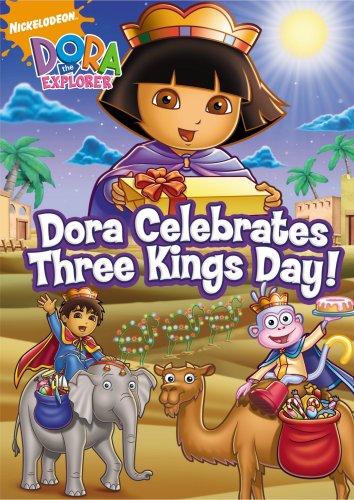 We’ve been watching YouTube videos (like the one below), and Dora Celebrates Three Kings Day DVD. Soon we’ll be decorating the shoe box that will have grass in it for the camels.

Would you like to know how we’ve been celebrating, or how-to-host a Three Kings cultural play date, or how this day is celebrated around the world? Just click on the picture below: 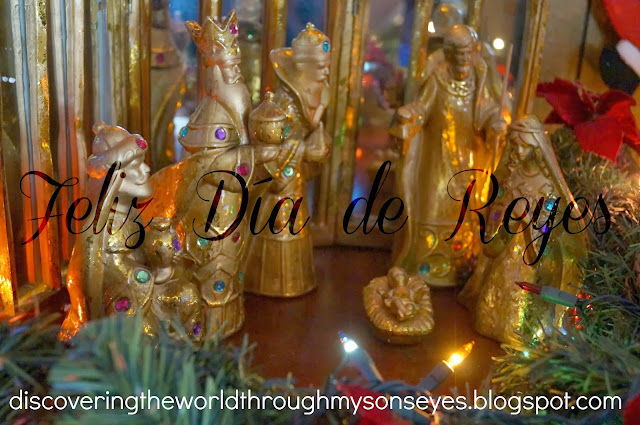 Spread the love
2014-12-17
Previous Post: Parrandas (Puerto Rican version of the U.S.Caroling)
Next Post: Random Christmas Act of Kindness: Gifts for the Elderly