The Dangers of Ethnic Slurs

Ethnic slurs (ethnophaulic) are words or expressions that typically use an identifiable feature of a group or members of a given ethnicity to insult, ridicule, mock, or disrespect.

One of the first ethnic slurs that I can recall was the word “Gringa.” The first time I heard it, it was addressed to me.  “Gringo” (also known as “Yank”) are both slurs used by many people all over the world as part of their ordinary speech or thinking without any intention of offending. This ethnic slur is also used in the Portuguese language, it is a colloquial neutral term for any foreigner, regardless of race, ethnicity, or origin, or for a person whose native language is not Portuguese (including people whose native language is Spanish).

I was 14 years old and living in Puerto Rico when I was called a “Gringa.” I was born in New York, and I spoke English quite often with my younger sister.  The term “Gringo or Gringa” stemmed from being born in the U.S. as opposed to being born in Puerto Rico, and this term refers to a person from an English-speaking country. It was used to poke fun at me and to make me seem like the “other” and not a Puerto Rican.  To this day, this ethnic slur is still used in many Spanish-speaking regions mainly Latin America and the Caribbean.

In an article published in 1980, Eisiminger compiled a list of ethnic and national stereotypes to compare several prominent ethnic and national groups, including the Mexican, Irish, Chinese, Japanese, French, German, English, Dutch, and Negro, with the ethnic slurs recorded for these groups.  He mentions that Negroes were the most abused.  Clearly, at the time the article was published the ethnic slur “negro” was an acceptable term but nowadays it is considered offensive.   Negro means “black” in both Spanish and Portuguese languages, is derived from the Latin word “niger” of the same meaning. The term “negro” is used by the Spanish and Portuguese to refer to Black Africans.  From the 18th century to the mid-20th century, “negro” (later capitalized) was considered the correct and proper term for African Americans. It fell out of favor by the 1970s in the United States.  According to Martin (1991), there was another shift in the name from Negroes to Black for the more appropriate term of African American during the year 1988 in a campaign led by Jesse Jackson.

Another ethnic slur that affects the African American community is the word “Oreo.”  An “Oreo” is a chocolate cookie with a white creamy filling, and it’s been around since 1912.  The ethnic slur “Oreo” is used to ridicule a black person who is perceived as acting white. Therefore, they are black on the outside and white on the inside like an Oreo cookie. It’s been used as early as the 1960s and it is often used by one black person to another black person.   This word I heard for the first time from a relative referring to my Black boyfriend years ago.

Furthermore, the ethnic slur “Oriental” predominantly used in the U.S. refers to a person of, from, or characteristic of Asia, especially East Asia.  In 2016, President Barack Obama signed a bill to remove the term “Oriental” as a reference to a person from federal laws. Kat Chow from NPR’s Code-Switching team shares her and her Dad’s experience on the term “Oriental.” Her Dad who came to the U.S. in 1969, identified as “Oriental” while she insists that he no longer use it because of the negative connotation the word has.  Per Chow (2016), she sees the word as cringe-inducing and pretty sinister at its base, meant to box one group away for another’s comfort.

Ethnic slurs are not the only ones we hear about, The New York Times published a list of cringe-worthy racial terms that are just as offensive, such as “spicy”, “exotic”, “ghetto” among many more.  By understanding both ethnic and racial slurs we can create change and reduce discrimination by consciously understanding the power in our words. Even if these words are commonly used even within the same ethnicity, as in my own personal experience with being called a “Gringa” it doesn’t make them right.

Additionally, as Chow (2016) reminded us scholars and activists alike have turned away from words like “Oriental” and “Negro” in favor of self-appointed terms like “Asian,” “Asian-American,” “Black” and “African-American.”

Hence, using the politically correct term will aid in eliminating biases and discrimination.  Nonetheless, these changes need to be embraced by all individuals including ourselves by creating a concerted, collective, and conscious effort that will bring a change in how we think about ourselves and about groups other than our own.

How many have you been called?

Did you enjoy this article? Share and make sure to pin it for later. 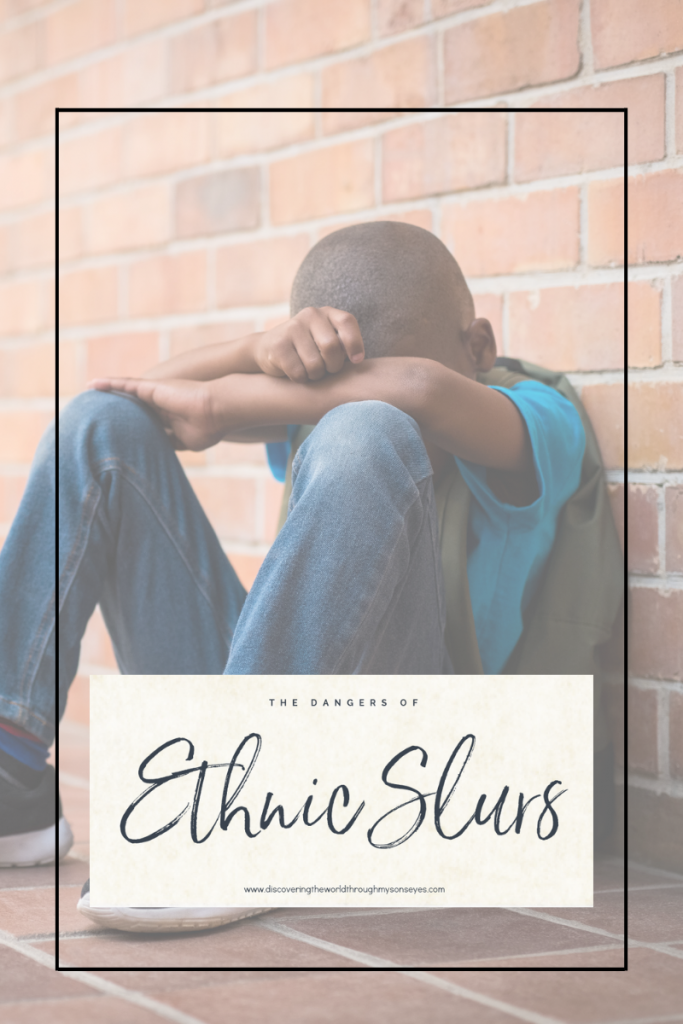