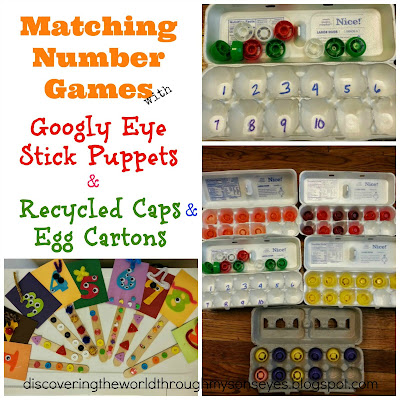 Note: I used these to learn the numbers in Spanish, but this can well be done in English as well.
For our second day of the Spanish Language Summer Program we learned the numbers in Spanish. I used recycled caps and egg cartons. (I had been saving the caps and egg cartons ever since I first saw the idea here.)  I also used numbered googly eye stick puppets that my 4 yr. old made. 🙂 I bought a bag of felt sticker numbers, and wasn’t sure what to do with them. Until, my child comes up with the idea of making puppets! He has a thing for puppets like the ones here.
For his Spanish Summer Language Program we sang Boca Beth’s song “¡Me gusta contar!” I made copies of the lyrics for little one’s teachers so they can sing along with us.
♫♫¡Me gusta contar!
I like to count!
¡Me gusta contar!
I like to count!
Uno, dos, tres-
One, two, three!
Cuatro, cinco, seis-
Four, five, six!
Siete, ocho, nueve-
Seven, eight, nine!
Y diez-
And ten! ♫♫ 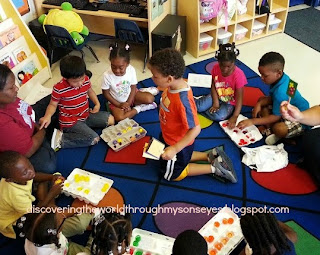 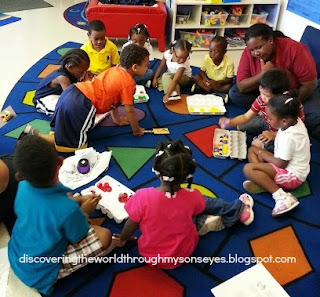 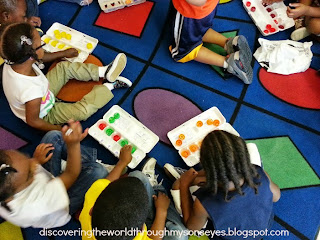 This was such a fun learning experience especially for my little man! He loves to help, and showcase his Spanish language skills.
Today was the 2nd day, and I’m feeling the love from these kids!!! After the session, I got tons of hugs from the girls, my child didn’t want me to leave, and another boy started crying as I left! Awe!!! I’m spreading the Spanish bug to everyone, and they are loving it! Now every time I drop my child off in the mornings they are asking me when I am coming back again to teach them Spanish? Feeling so popular!
What creative ways do you use to teach your child Spanish or another language?
Spread the love
2013-06-28
Previous Post: Letter To Our Son: Celebrating Your 4th Birthday (2012)
Next Post: Spanish Language Summer Program Day 3: Story Time and Yoga with Sofía en una Aventura por la Selva