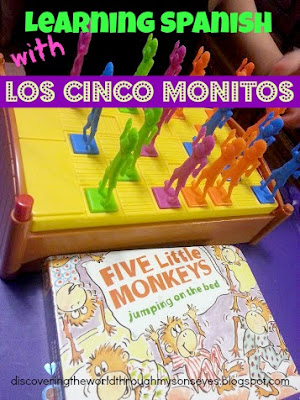 I have noticed how quickly my child learns the lyrics of the songs, especially the ones in Spanish. He’s learned his numbers, colors, and animals listening to Boca Beth’s CD. Now he’s added to his vocabulary a lot of other words from the CD Divirtámonos Aprendiendo Con Hap Palmer.  I play this CD in my car, at home, and even from my cell phone for him to listen.  It has a great compilation of Spanish songs with suggestions for different activities and play.  For a listing of the songs, and other CD’s you can check Hap Palmer’s official page.
One of our favorite song is “Cinco Monitos” that I have paired up with his board book Five Little Monkeys Jumping on the Bed, and  Five Little Monkeys Jumping On The Bed Game that he received as a Christmas gift. 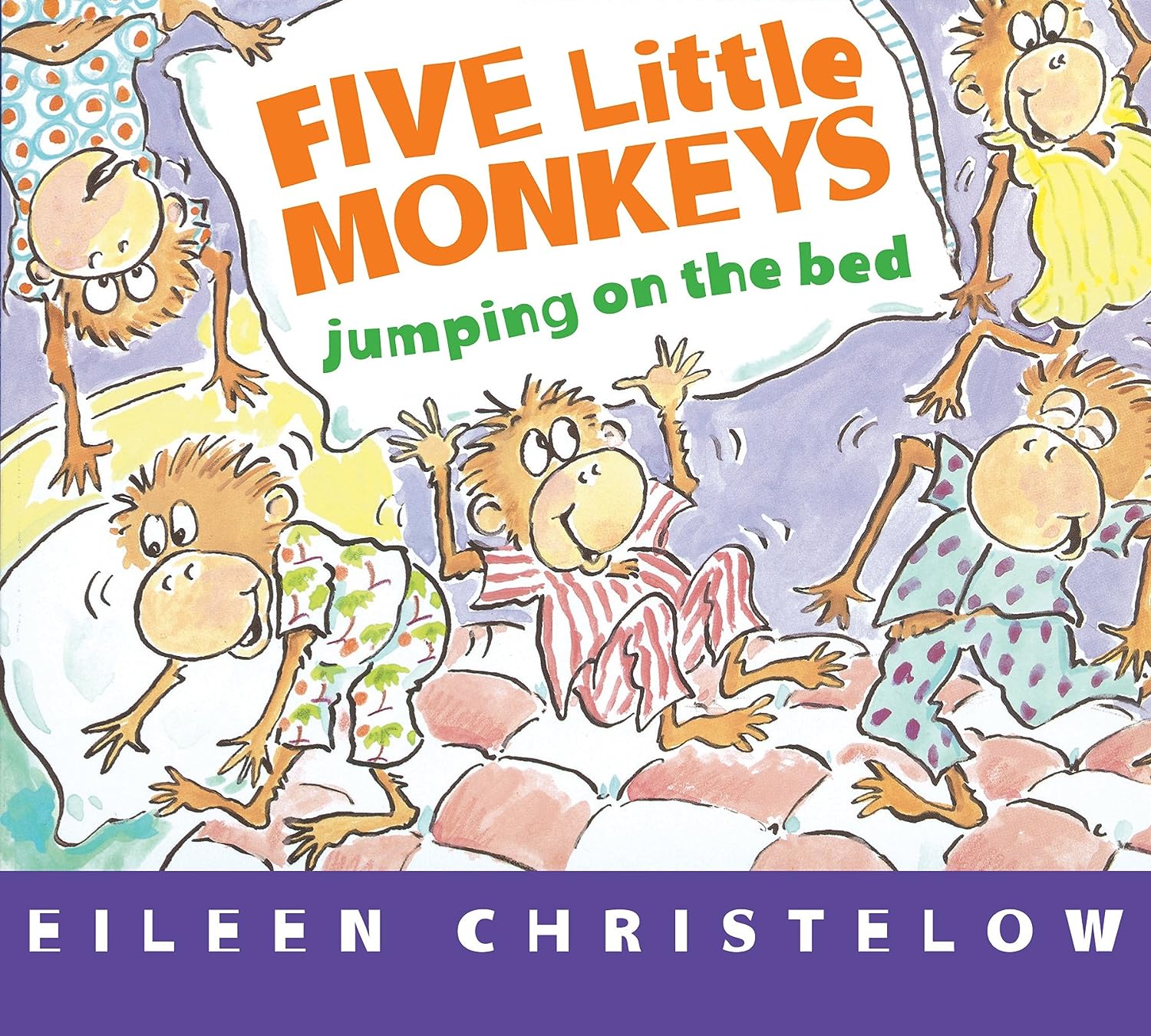 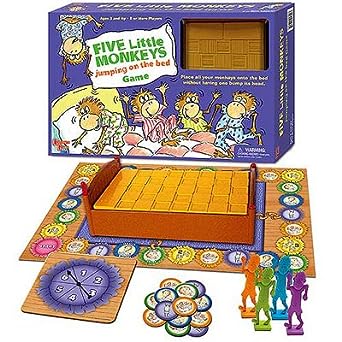 We had our Spanish lesson right before bedtime, and I translated the book into Spanish as I read it. We went over key words in Spanish such as, “cinco, monitos, cama, mamá, dóctor, & saltando”. After storytime, I played the song “Cinco monitos” as he placed them on the bed, and as the song was playing I had two monkeys in my hand (they were the mama, and the doctor). We had fun recreating the little monkeys jumping on the bed, and having the mama call the doctor. We both sang the song together: “♫♫Cinco monitos saltando en la cama, y todos se cayeron y se golpearon la cabeza. Mamá llamó al doctor. El doctor dijo: “No más monitos saltando en la cama.♫♫” As we sang, and the monkeys fell off the bed he was all giggles!  (For the complete lyrics click here.)
The fun part of our Spanish lesson is that the song has some variants to it, like for example the monkeys were jumping on one leg, then twirling around, but in the end they all still fell off the bed! Of course, little one insisted on having more than five monkeys on the bed (as you can see in the picture above), but that’s fine! He practiced his numbers, colors, and new words from the song and all in Spanish.
I was intrigued on how my child has quickly learned Spanish words through music. He asks for the meaning of the word if he doesn’t understand it, and has learned most of the songs by heart.  I was researching the how music is used to learn languages, and came across this very  interesting interview:  “BBC Interview About Using Music To Learn Languages.”  Enjoy!

Do you have any resources that you use to teach your child another language? I would love to hear from you! Please comment, like, share or pin!