Setting Goals for my Bilingual Child

In: Bilingualism
Tagged: Raising a bilingual child
This past December I reflected on our past year, and thought of the major milestones that my “now” bilingual child has accomplished. I can highlight all of the positive language learning experiences from his first Spanish language immersion lessons to our family immersion trip to Puerto Rico.
To keep the momentum going, upon our return from our summer trip from Puerto Rico I enrolled him for a second Spanish language immersion session during the fall.  I realized on the 1st day that my son wasn’t going to learn anything during this session. He was too advanced in his Spanish for the basic curriculum that was being taught. This was yet another affirmation that our hard work was paying off.
For a minute, I thought of dropping him from the class, but I didn’t. I figured I’d asked him before I made that decision. I asked him what he thought of the Spanish class, and his response was “it was fun!” The language instructor approached me after the first session. She shared her concern about his language level, but assured me that she would be building his vocabulary as he progressed.
Truth be told, 12 weeks later I haven’t seen any real advancements in his language learning from his Spanish immersion class. Nevertheless, he enjoyed his Spanish classes, and was actually the instructor’s helper.
Looking into this New Year I have to focus on how I will continue to further my son’s interest in learning Spanish. So looking into the future I need to strategize a new language learning plan to keep him on his toes, and interested.


#1:  Continue speaking Spanish in our home

#2:  Focus on making our home a text-rich home 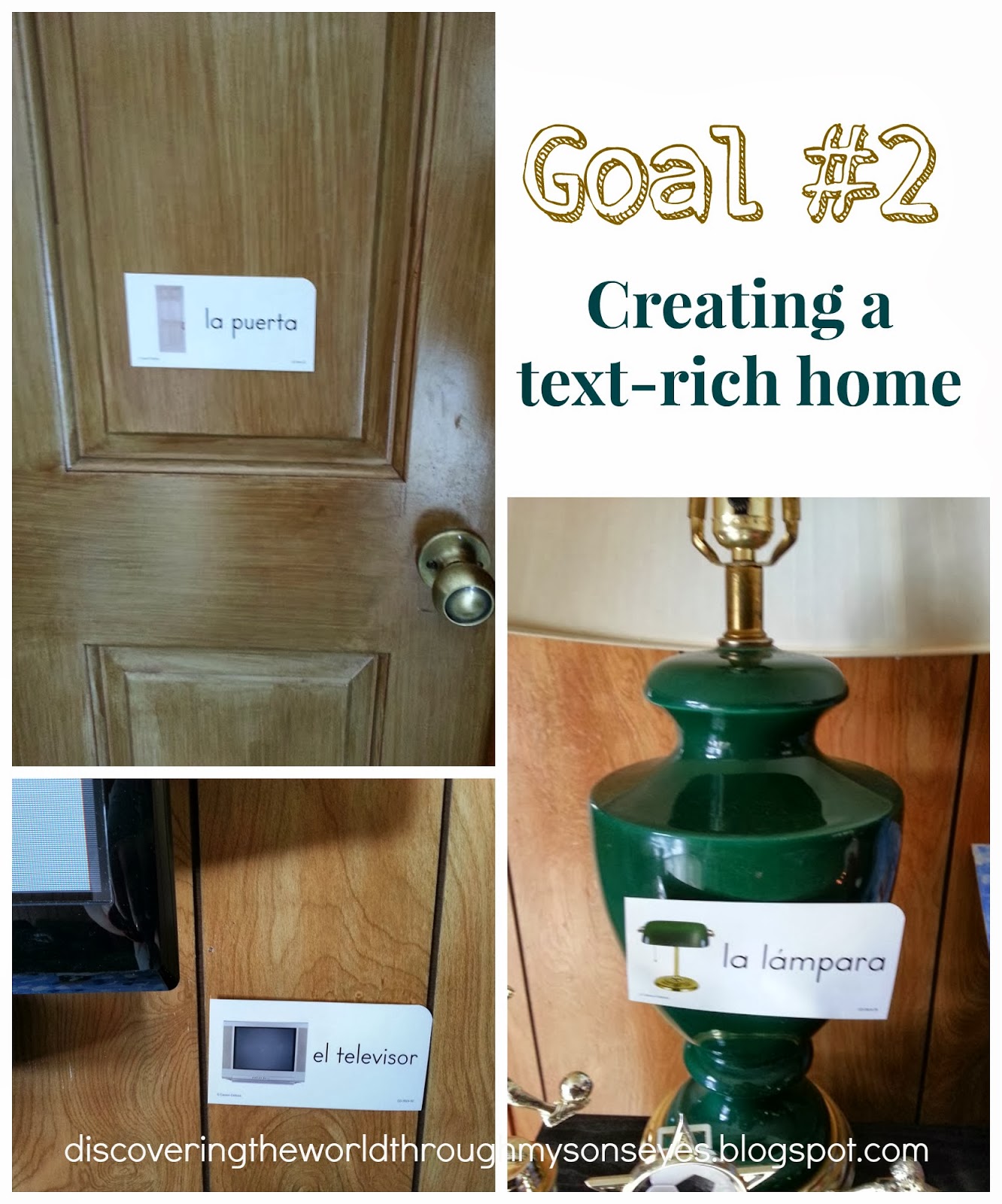 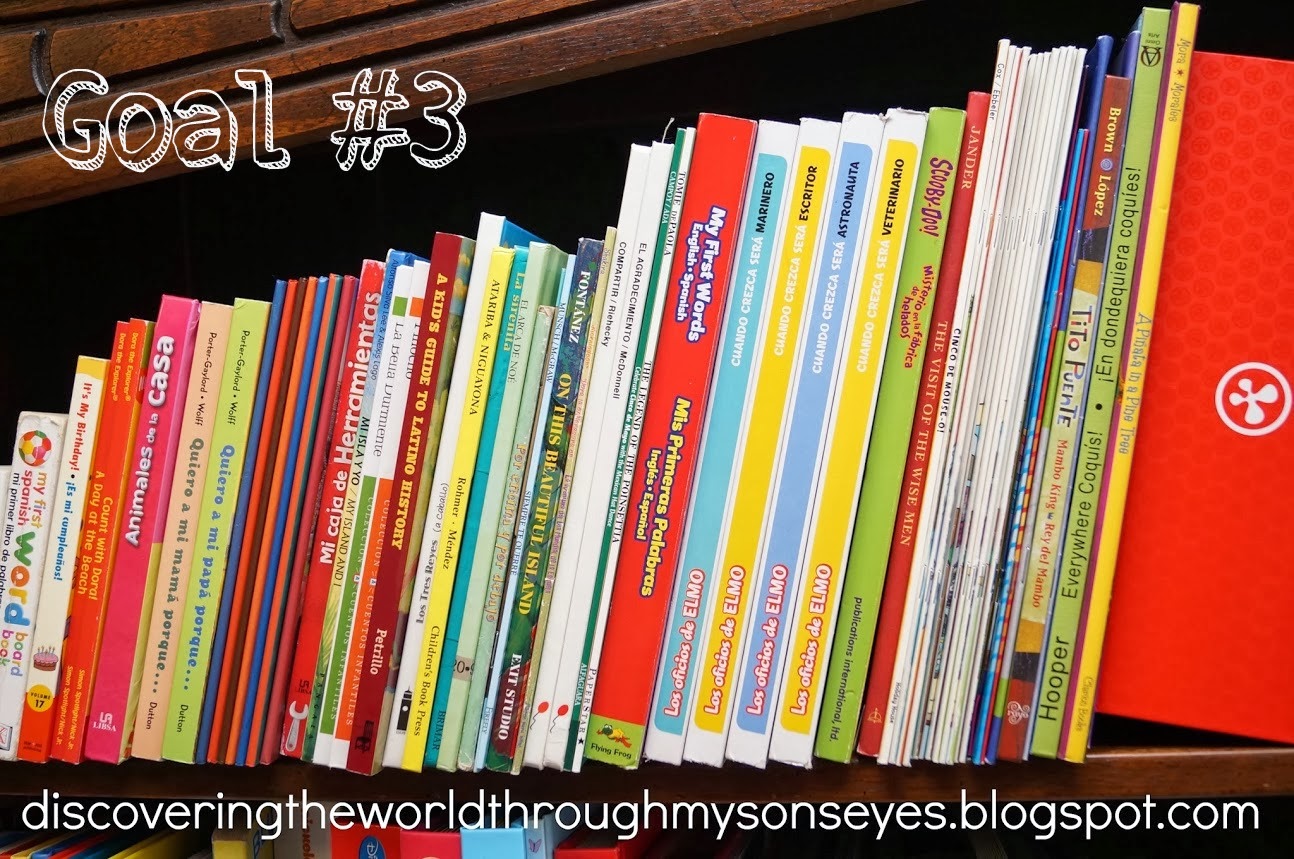 #4:  Enroll him in an advanced Spanish language immersion class

I’m excited to see what the new year will bring in our bilingual journey! What about you? Do you have any bilingual goals this year?

This post was created for inclusion in this month’s multilingual blogging carnival hosted by Open hearts, Open minds.