In: Spanish / Bilingual Children's book
Now more than ever our little girls need to see themselves depicted in strong powerful women that can be found in children’s books.  Books that they can open to read, and see themselves as the queens they are bound to become into one day. 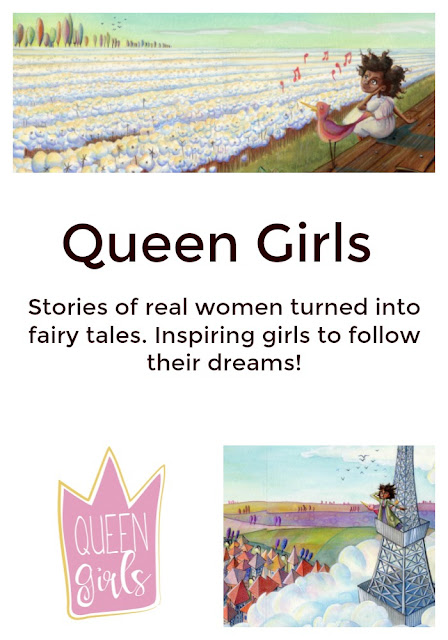 The Queen Girls project and Kickstarter campaign are working on a project to publish their first book! Their mission? Is to inspire girls to follow their dreams and envision them as possible. This is the reason why the Queen Girl’s fairy tales are based on stories of real women stories.

It’s no wonder within just a few days of kicking off the campaign they have successfully reached their goal!

However, it is never late to make a contribution, and help this amazing campaign!

Disclosure: I received an electronic copy of the book “Bessie, Queen of the Sky!” for purposes of this review. All opinions are my own.

The book Bessie, Queen of the Sky! It starts with a young Bessie dreaming that one day she can fly. Although, she was being told that she was to learn how to cook, clean and become a mom she continued to dream. As she got older, her dreams of flying never went away; and she faced many obstacles especially when she wasn’t allowed to go to pilot school because it was only for boys! Nevertheless, she found another school that would allow girls but she had to learn French! She did and was admitted to pilot school. She continued to face many other obstacles especially the rejection of boys in school. She worked very hard, and she finally became a pilot at the age of 30! She was the first Black woman to become a pilot.

The illustrations are breathtakingly beautiful, and you’re instantly drawn into the story. It’s as if you and your child were right there with Bessie.

I love, love this book, and it’s a great book to share with little boys, too! So they too can see the great things that girls can accomplish!

Who’s behind The Queen Girls Project?

I was thrilled to hear about this amazing project spearheaded by three amazing women! This multicultural team is formed by Jimena Durán (Spain), Andrea Doshi (USA) and Chiara Fabbri (Italy). They bring their diverse experiences to this initiative along with tons of love and dedication. They intend to open this collection to fellow authors and illustrators that could potentially bring their own Queens on board. You can read the full press release here.

When Andrea reached out to me I was instantly hooked! She had me at both empowering young girls and that the books will be available in Spanish, too!

What books can you expect in the Queen Girls Collection series?

The books are available in English & Spanish. The recommended age is from 4 to 7 years old.

If you’re interested in becoming a part of this amazing project please pledge to make it happen here! 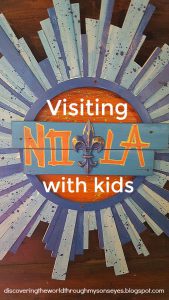 This post is the first installment of a three-part series Road Trip with Kids, and we’re visiting the deep South. First stop is New Orleans. We’ve been to New Orleans twice before.