Our Son Has a Pen Pal!

I belong to a Mommy Group at CafeMom. A Mommy in the group asked if anyone was interested in having their child be her child’s pen pal. Of course, I jumped on it; and little one now has a pen pal! Though he can’t write yet, neither can his pen pal (he’s a year older), we (Mommies) do the writing for them. They exchange stickers, drawings they make, and letters written by us but with our child’s own thoughts and their own words. They also have pictures of each other, so they can put a face to the name.

I’m very excited about this, because as a child I had pen pals, and loved writing and receiving letters. In this digital age, everything is text message, social media or email; and the art of writing has been lost. Knowing that my son gets very excited when he checks the mailbox and sees his name on an envelope or package gives me a glimpse of hope, that maybe just maybe as he gets older he will continue to write his own letters! He has a new friend, a pen pal AJ so that’s a start!

This is AJ’s letter: 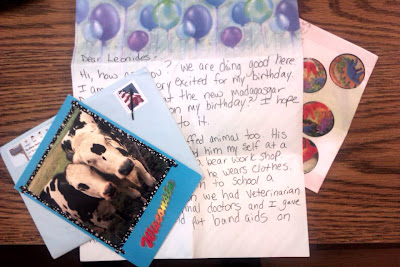 His letter to AJ: 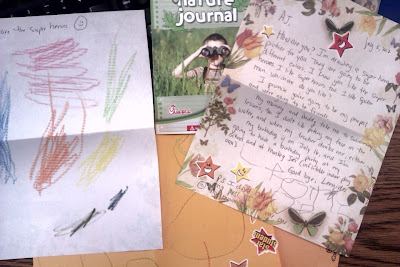 There’s one sentence that filled my heart with joy, when my son was telling me what to write, he said: “AJ, I promise you’re going to be my pen pal, and we’re going to friends.”