On the Wings of the Condor Spanish Children’s Book 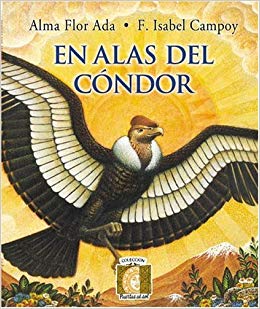 Alma Flor Ada and F. Isabel Campoy take you on a journey of the first inhabitants of Spanish-speaking lands in the children’s book En Alas del Condor (Puertas al Sol) (affiliate link) with beautiful illustrations on  the history and culture of the indigenous peoples of Latin America and their contributions.
We learned that the first inhabitants of Latin America used the materials, and resources they had available for sustainability.  Indigenous peoples learned how to use plants to combat diseases, and in Venezuela they built their homes on columns above the water levels. From the Andes the Incas built rope bridges to get across tall mountains, and we were amazed on how fast and agile the chasquis were. They created a running and relay system to deliver messages along thousands of miles.
The indigenous admired everything they saw, and they would reproduce it in clay, woven clothing, and even painted their bodies. From the Antilles the Taino used a unique fishing system, and we were fascinated to learn that corn, potatoes, beans and tomatoes originates from the first inhabitants of Latin America.
Many of the words that we currently use today in Spanish are of indigenous origin, such as canoa, and hamaca. Poncho is another word that comes from Quechua a language of many inhabitants of the Andes, and the word (chocolate) chocolatl comes from the Aztec language Nahuatl.
The book ends with a beautiful statement on how the descendants of the first inhabitants of Latin America Rosario Castellanos, Julio Cortazar, Gabriela Mistral, Jorge Luis Borges, Juana de Ibarbourou are continually contributing with their music, literature, arts, dances, and crafts.
This children’s book is also available in English.  You can find a lesson plan on this book here.
A special thanks to my sister Diana she actually sent me this book along with many other books in Spanish. She works for a school district, and this book along with many more were placed in an area for people to take home with them.  If no one wanted them they’d be thrown away. Can you imagine such a thing!? Anyways, I’m happy that the books that we received will be a part of our home library, and that periodically I will be reviewing for your benefit. 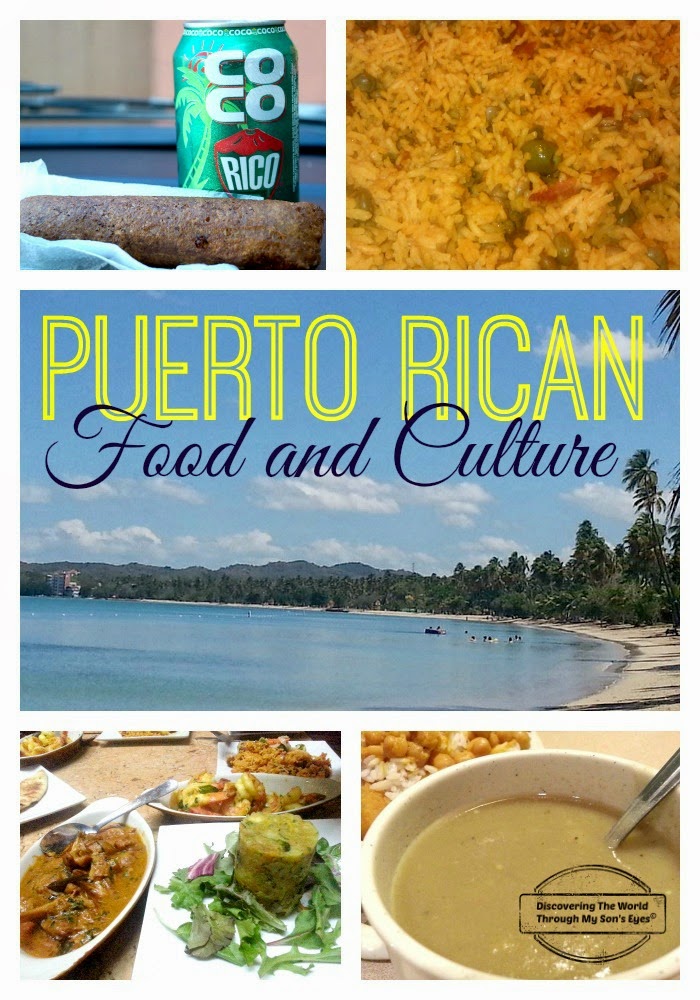 Every time that I have an opportunity to share my Puerto Rican heritage I literally jump on it! I am so passionate about my beautiful island’s people, customs, traditions, architecture, and geography. Especially about about it’s food and culture.