This post is the first installment of a three-part series Road Trip with Kids, and we’re visiting the deep South. 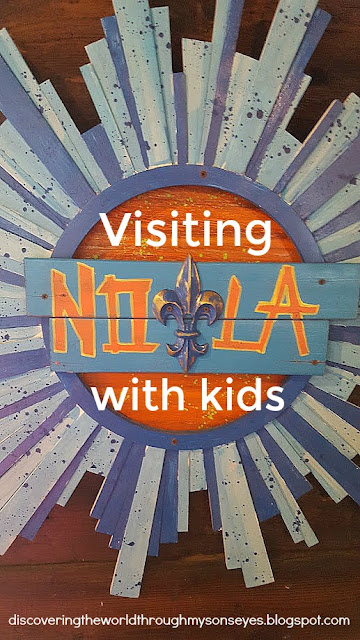 We’ve been to New Orleans twice before. First time we flew in when little man was smaller. This time around we actually drove to Louisiana.  Mom came from Puerto Rico, and we hit the road.

New Orleans is a beautiful city with so much culture, and history.  We stayed for two days, and I must admit it’s not enough time to see all of New Orleans though.  The pictures I’m sharing are from both our trips we made to the Big Easy.

Thanks to a fab Groupon deal we stayed at the Le Pavillon Hotel an expensive hotel, but affordable with the Groupon.

So here’s what to do with kids in New Orleans!

You can’t go to New Orleans and not visit the French Quarters.  Be warned you’ll be tempted to shop at the market, and make sure you eat some delish beignets, and don’t forget the gumbo.
Try some gumbo!

The gumbo is too die for! It’s a bit spicy, too!

✞💒 A few weeks ago I shared a picture of St. Patrick's Church today I'm sharing a video ✞💒 Enjoy! One of the highlight of our visit to New Orleans was attending Mass at St. Patrick's Church. A beautiful cathedral! A Catholic church and parish in the Archdiocese of New Orleans, Louisiana, United States. The parish was founded in 1833, and the current structure was completed in 1840.  It is among the most revered of New Orleans historic landmarks.  It stands in the heart of the business district and is one of the treasures that remains from early 19th century days when the city began moving outside the boundaries of Bienville’s original settlement, the French Quarter. . . . . #viajarconniños #viajarconpeques #viajarenfamilia #travel #mkbkids #familytravel #exploretheworld  #kids #purejoy #wanderlust #instatravel  #travelgram  #tourist  #tourism  #vacation  #traveling  #trip  #vacation #igtravel #travelpics #instavacation #getaway #roadtrip #neworleans #church #cathedral #catholic #video #instavideo

One of the highlight of our visit to New Orleans was attending Mass at St. Patrick’s Church. A beautiful cathedral!

The Audubon Aquarium of the Americas 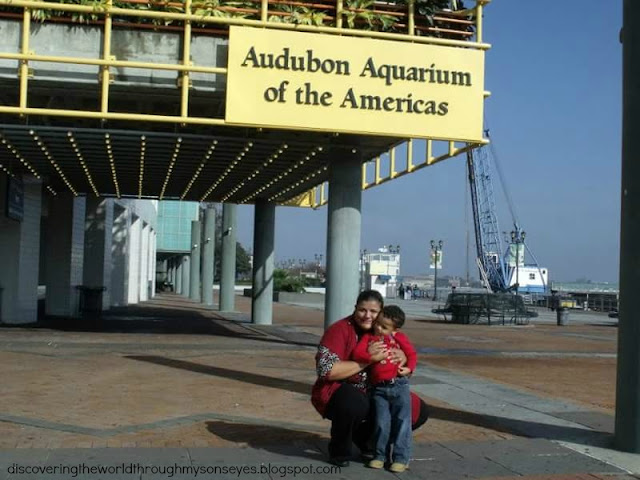 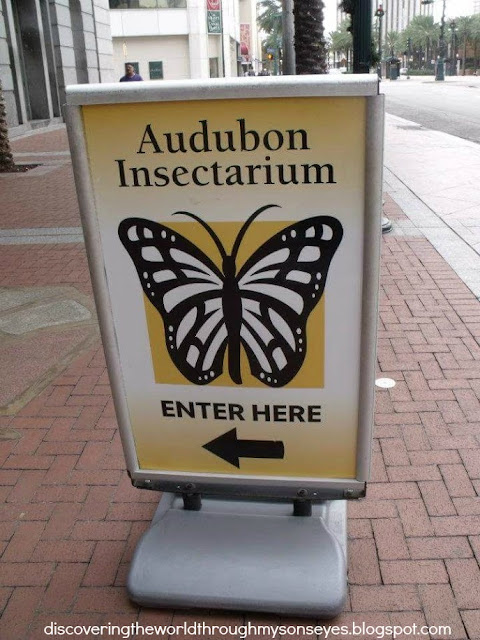 Hop on the Natchez.

An authentic steamboat. You can have dinner, and enjoy the two-hour harbor cruise. Take a tour too! 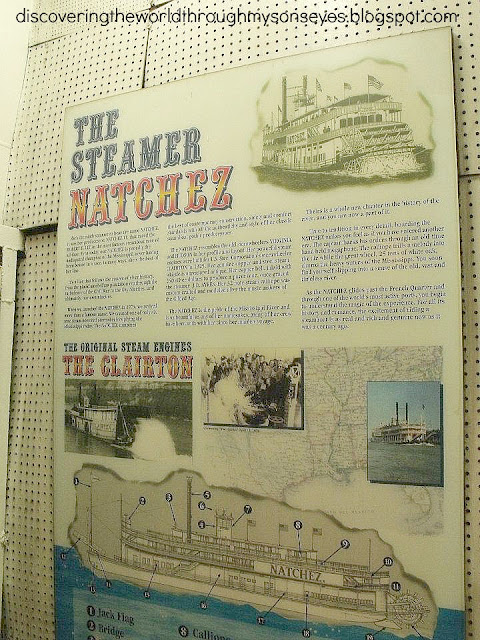 Depending on the age of your child you can come by and see the Katrina Memorial. A cemetery for those unidentified and unclaimed who died during Hurricane Katrina. I went to pay my respects. However, little one remained in the car with his Daddy. 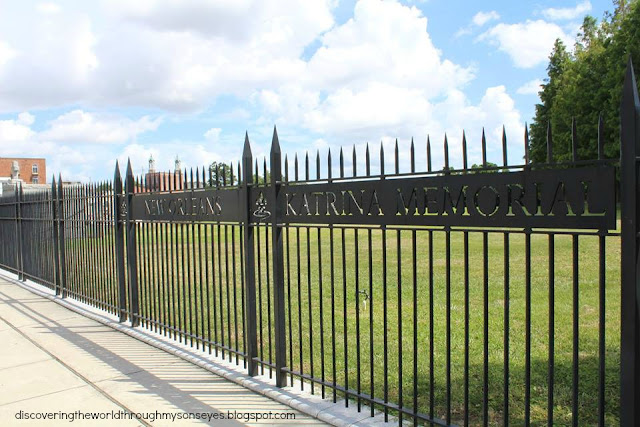 Take a stroll in Riverwalk 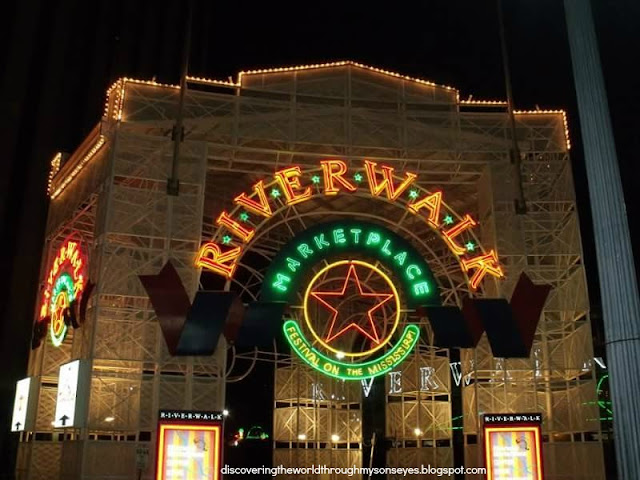 Visit Canal Street!
You may run across a jazz funeral, or hop on the famous street car.

We are looking forward to visiting New Orleans again this summer. The last time we were there was five years ago when hubby was attending a work conference during the month of December. With little one in tow, and my in-laws we set out to explore Canal St. and we were lucky enough to see a jazz funeral. ♩♪♬♭🎉♩♪♬♭😉 The jazz funeral is one of the more distinguished aspects of New Orleans culture. The funeral is seen as a major celebration. The roots of the jazz funeral date back to Africa. When slaves were brought to America, the idea of providing a proper burial to your fellow brother or sister remained strong. As time passed, these same concepts that were rooted in African ideology became one of the basic principles of the social and pleasure club. As did many fraternal orders and lodges, the social and pleasure club guaranteed proper burial conditions to any member who passed. The practice of having music during funeral processions was added to the basic African pattern of celebration for most aspects of life, including death. As the brass band became increasingly popular during the early 18th century, they were frequently called on to play processional music. On the way to the cemetery it was customary to play very slowly and mournfully a dirge, or an 'old Negro spiritual' such as 'Nearer My God to Thee,' but on the return from the cemetery, the band would strike up a rousing, 'When the Saints Go Marching In,' or a ragtime song such as 'Didn't He Ramble.' Music here is as much a part of death as it is of life. The traditional New Orleans jazz funeral is as much a part of the fabric and rich cultural traditions of New Orleans as red beans and rice. #neworleans #jazzfuneral #mkbkids

My sports fan hubby wanted to see the dome. The superdome is located in the Central Business District of New Orleans. Home to the New Orleans Saints (National Football League), and is also the home stadium for the Sugar Bowl and New Orleans Bowl (college football). 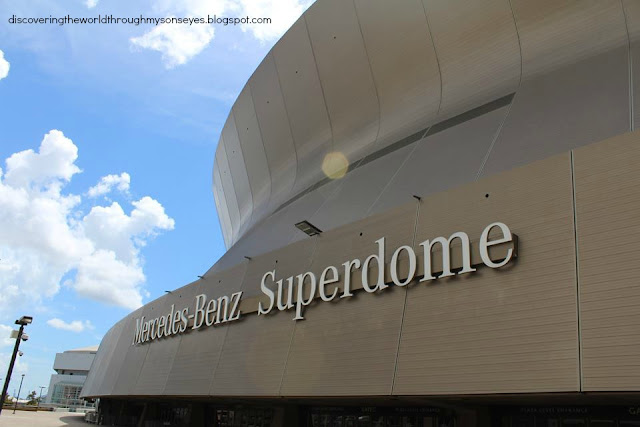 I hope you enjoyed this virtual tour of New Orleans. There is yet so much more to see. We hope to visit again very soon.

You may also enjoy these road trip busy boxes, and our  Summer Road Trip to East Central Florida.

Spread the love
2017-05-05
Previous Post: Kindness Day is Every Day
Next Post: How the Diary of a Wimpy Kid: The Long Haul Movie Makes Spanish Cool 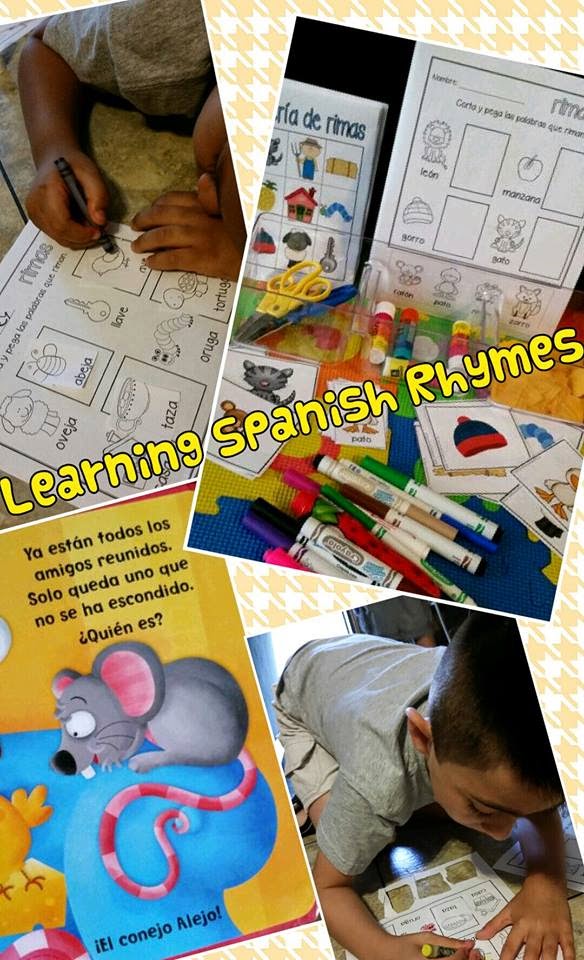 I love coming up with Spanish learning opportunities for my son, and his Spanish playgroup. They meet at least every other Monday. Therefore, to get them excited, and looking forward to meeting up I usually have games, crafts, or a learning session for all of them.