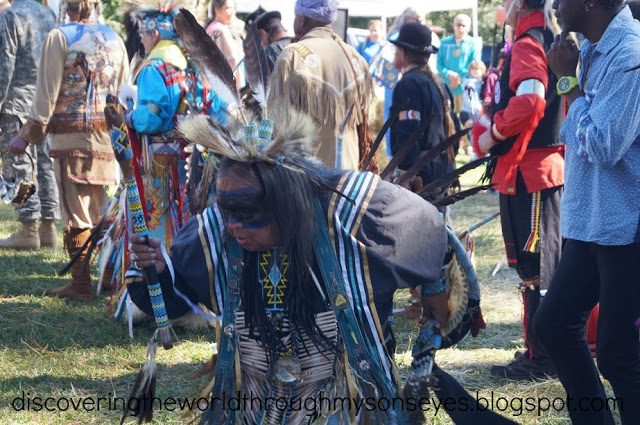 The weather was cool, and the sun was shining. A beautiful day indeed to visit our very first Native American Cherokee Trail River Festival. Upon our arrival we can see the tents set-up with Native American crafts, walking sticks, dreamcatchers, and more. An arena was set in a center circle surrounded by hay bales, and we heard a Native American storyteller accompanied by the beautiful music of the flute.
We were excited to have the opportunity to learn about the Native American culture and heritage. 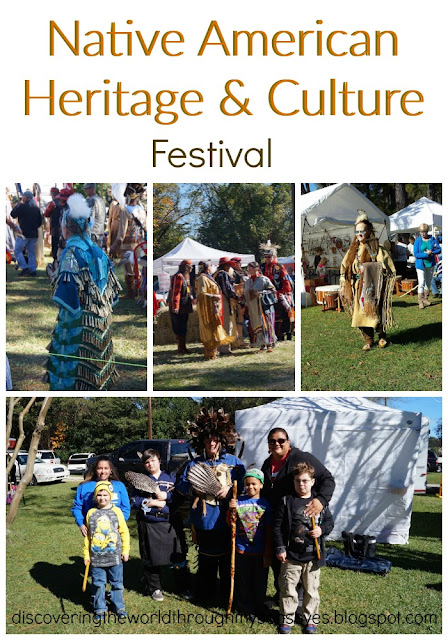 We were marveled by the beautiful regalia that the Native Americans wore with pride as they gathered at the entrance of the arena, and we witnessed for the first time a powwow.
A powwow is a gathering, with dancing, singing, visiting, renewing old friendships, and making new ones. A time to renew Native American culture and preserve the rich heritage of American Indians.
Before the powwow began we were all asked to stand up, and take our hats off as the flags were brought into the arena. Powwow began with a Grand Entry, and a prayer. The flags that were brought in were the U.S. Flag*, Tribal Flags, the POW Flag, and Eagle Staffs of various Native Nations present. These are usually carried by veterans.
*Despite the hurtful meaning that the U.S. flag holds for Native Americans the flag is carried in an honored position. You can read more about it here.
The veterans that are present are followed by other important guests of the powwow including: Tribal Chiefs, Princesses, Elders, Powwow organizers, men dancers, women dancers, children, and teens. 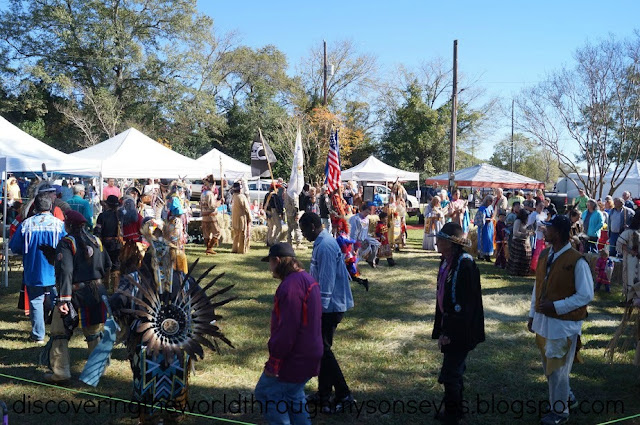 Once everyone is in the arena, the song ends and a song is sung to honor the flags and the veterans. After a prayer, the dancing resumes, usually with a few round dances. After the round dances, intertribal dancing songs are sung and everyone dances to the beat of the drum.
Once the powwow ended the master of ceremony encouraged everyone to visit the vendors, and to join the Native American Cherokee Community in a day of celebration of their heritage, and culture. 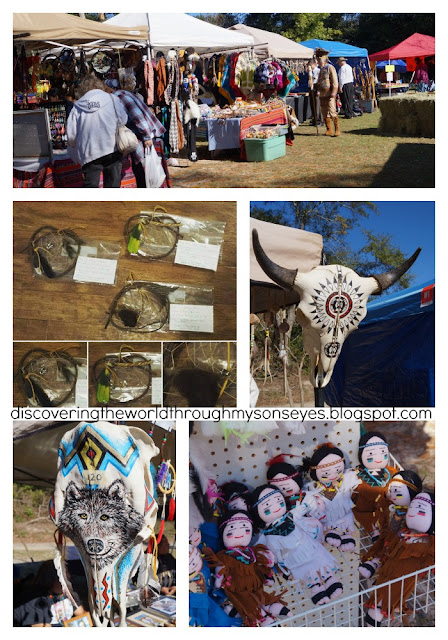 Shortly after the powwow, little one played with his friends in a nearby playground area then we left.

We’re looking forward to next year’s festival. A special thank you to my friend Renee who joined us with her kids, and her mother.
This post is part of the Global Learning for Kids Series on Indigenous Peoples of North America and the Native American Heritage Month on Multicultural Kid Blogs.
Spread the love
2015-11-19
Previous Post: On the Wings of the Condor Spanish Children’s Book
Next Post: Verde Navidad {Green Christmas} Children’s Book