My Challenges Raising A Bilingual Child

For many years before I got married, and had a child of my own I always stressed to my cousin and sister living in the US the importance of speaking to their children in Spanish! I literally badgered them every time I talked to them, about what an advantage it is to know two languages, that Spanish was part of their identity; and that they will learn English regardless; and speaking to them in Spanish was a priority. Both of them agreed on one thing, that it was hard! (Little did I know!)

Fast forward to 2012, and here I am married to a Black man, living in the US, with a 4 yr. old mixed child; whom I’m literally struggling to teach Spanish to. I remembered when I was pregnant with my baby, and I told my husband numerous times that our child was going to speak two languages, know and learn to love his two cultures.

In the most profound and deepest corner of my heart, I feel that I have failed miserably to teach my son how to speak in Spanish. I am the only one who speaks Spanish at home, and all of my Spanish speaking family members live far away. It’s just my husband, and my in-laws. So I have found myself speaking to our child in English most of the time instead of my native language: Spanish. Now, I understand my cousin and sister, and how challenging it has been to speak in Spanish in a predominant English speaking environment.

So in a conscientious effort to teach my son Spanish, I bought the book: 7 Steps to Raising a Bilingual Child by Naomi Steiner, M.D. with Susan L. Hayes. I must say this book has given me some hope.

I’ve decided to start using the “Language Boundaries” method. The author suggest that I speak to my child in a specific situation, such as: time of day (mealtime, weekends), location, or depending on an activity. I have opted to use this method right before bedtime. It’s the time of the day, that my son is more receptive, and is winding down from the day’s activities. I speak to him in Spanish, and read bedtime stories in Spanish as well. We say our prayers in Spanish, and it brings such joy to my heart to hear my little one saying, “Angel de la guarda, mi dulce compañía…” (Guardian Angel prayer) in Spanish.

Although, our son speaks English. He understands basic words, knows his numbers and colors in Spanish; and before bedtime, he goes to his “Papi” gives him a kiss, and a hug, and says, “Buenas noches Papi.”

I know it’s going to be a long road ahead for us, but my hopes have rekindled in raising a bilingual child, especially when I hear our son say something in Spanish. ♫♫♫ It’s music to my ears!♫♫♫ 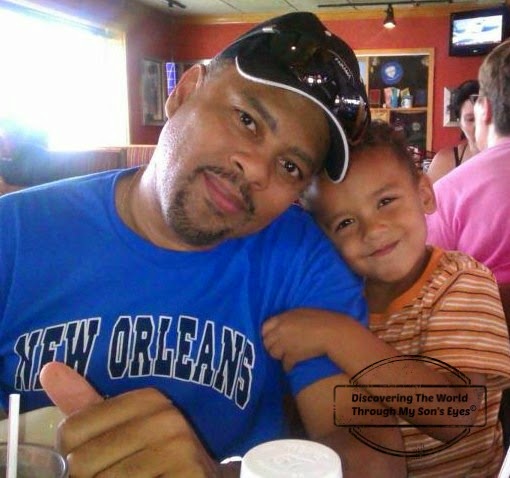 Do you have any suggestions, ideas or challenges that you have raising a bilingual child? I would love to hear from you! Feel free to comment below.

I’m an avid reader and follower of Bicultural Mom, and every Monday she has a series of topics related to multicultural families. This Monday’s Multicultural Blog Hop is about Bilingualism/Bilingual Parenting.