I am joining forces with 24 Latina bloggers to bring to you 24 Latino authors, and illustrators. 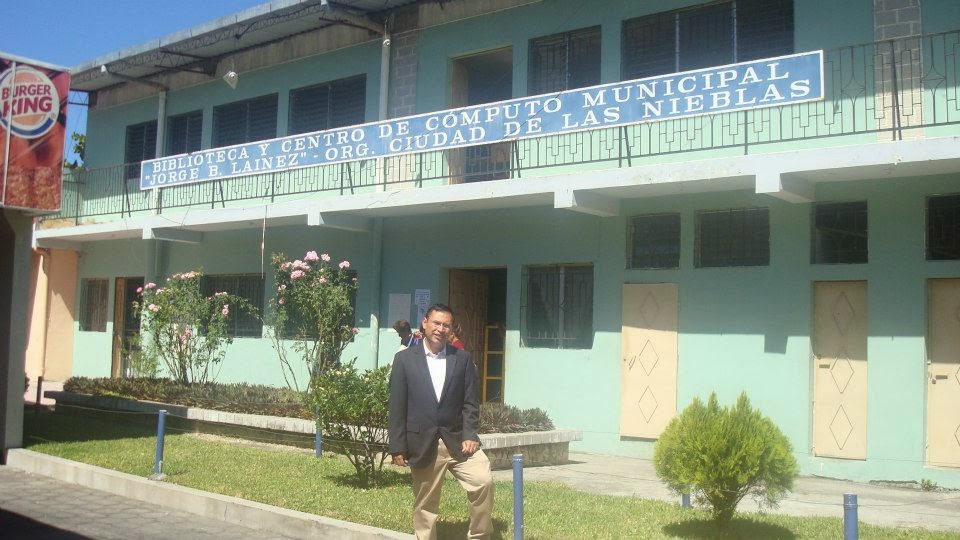 A few years ago, The Utah Humanities Book Festival asked me the following question: “What kind of idea are you?”

This was my response:

I am the idea of Go get it! It is right there waiting for me. I am not afraid. I know that I can do it. I walk towards that goal with a positive spirit. Sometimes it might be windy or freezing or the earth may shake. But my steps are sure and strong. If I fall down, I get up. If there is a rock blocking my way, I roll it down the hill. If there is a river, I cross it. No matter what, at the end of the journey my goal is there waiting for me. The immigrant child, who came from El Salvador to the USA with a backpack full of dreams, has accomplished all of them. Now he is a teacher, a teacher full of stories. He is also an award-winning author. That child is me, René Colato Laínez. So everyone, go get it!

When I was child, I had two dreams to become a teacher and to write a book. I wanted to be a teacher because I was always impressed to see how they could transform a child from a non-reader to an eager reader. Teachers had the magic to touch the future and I wanted to be one of them. I wanted to write a book because my mother’s uncle, Jorge Buenaventura Laínez- https://openlibrary.org/authors/OL992121A/Jorge_B._La%C3%ADnez, was an author in El Salvador. He wrote on the last page of his family biography, Los Laínez de la Soledad: “This is not the end of the Laínez. I know that new generations will grow and I want one of those Laínez to continue the tradition of writing.” I read this when I was twelve years old and I felt that Tío Jorge was pointing at me to be the next writer in the family. So, I promised myself that one day, I would write a book.

But then, a civil war started in El Salvador and my family had to immigrate to the United States. I came with a backpack full of dreams, eager to convert those dreams into reality. In El Salvador, I was an excellent reader. I was great with numbers. But in my new school in the USA, I felt that I was a dumb student. Everything was upside down. Teachers were using letters instead of numbers to grade the students. Math was so confusing, I did not know that new way of multiplying and dividing numbers. Students wrote the date backward 5-12-1985. “Today in not December 5th,” I said. One of the students rolled his eyes as he said, “You don’t even know today’s date.” When I found the word “once” at the beginning of a book, I read it as the number eleven in Spanish and I was shocked to find out that it was not only eleven, it was also time. So, I sat on my desk very sad and asked myself, “Will my dreams become a reality in the United States?”

I believed in myself. I did my best and I did not give up. Soon, I was learning and in a few years I was graduating high school with honors! I was accepted to a four-year university. In 1993, eight years after I left El Salvador, I accomplished my first dream. I became a teacher.

Now I was ready for my second dream, to publish a book. It was the year 2000 when I submitted my first manuscript. The road to publication was not easy at all. I received tons of rejections letters. But I believed in my work. I did my best and I did not give up. I took a creative writing class and I did a MFA in Writing for Children for Children and Young Adults at Vermont College of Fine Arts. In 2002, Arte Público Press gave me my big chance. I was so thrilled to receive a book contract for my picture book manuscript, Waiting for Papá/ Esperando a Papá. The book was published on October 31st, 2004. Yes, I accomplished my second dream. I was an author!

This is my tenth year anniversary as a published author. It has been ten wonderful years of writing, visiting schools, doing reading all around the United States and even in my native country El Salvador. I have met and become friends with many authors and illustrators. I have published nine books. Two more are coming in 2015. I have participated in an anthology. I have published poems and stories in Iguana Magazine and in many educational reading programs.

Yes, I did it as an illegal immigrant child with no English at all at the beginning of my journey.  So now I say to all the children and adults, go get it! Go for your dreams. Believe in yourself. Do your best. Do not give up. I know that your dream is right there waiting for you.

Spread the love
2014-04-23
Previous Post: Raising a Biliterate Child {Teaching Him to Read and Write in the Minority Language}
Next Post: International Festival – A Cultural Learning Experience