In: Cooking with Kids, Kids Party 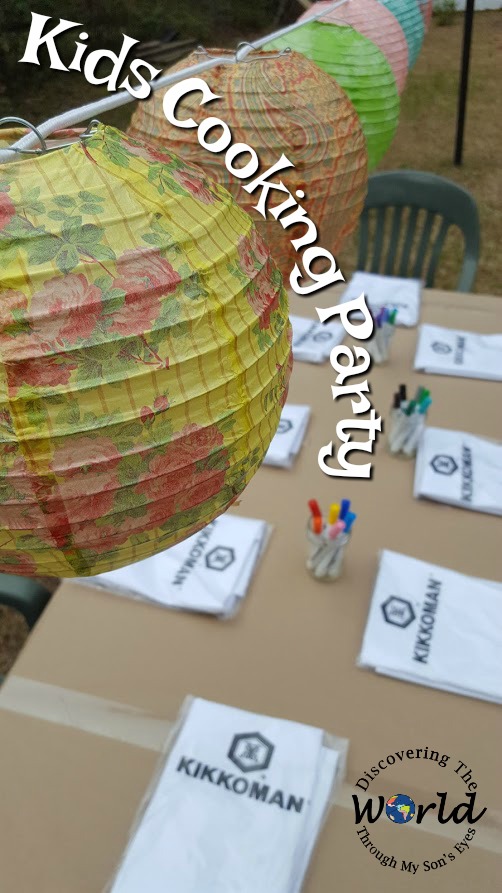 I hosted a kids cooking party at home for six boys and girls ages 7-9 years old. With a little bit of coordination and planning it was a success!   I had three tables set-up and three teams of two kids each. 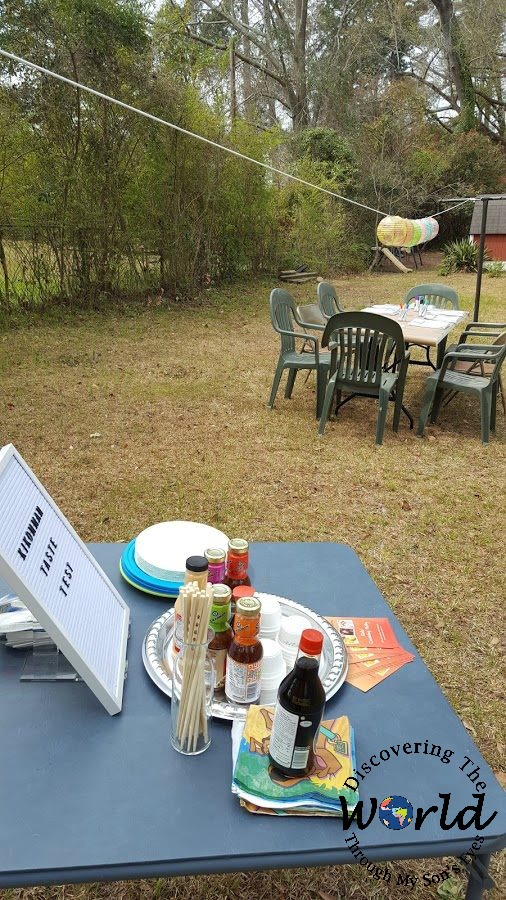 Disclosure: As a member of House Party I applied to host a Kikkoman Kids’ Cooking Party. I won! I received a free House Party pack with free products for purposes of a review, and hosting a party. All opinions are my own.  Read my full disclosure here.

Thankfully, it was a beautiful and glorious day outside.  I set-up two tables in our yard.   One with all of the Kikkoman sauces, plates, plate holders, napkins, chopsticks, and utensils.  The other table I decorated it with Chinese lanterns, the Kikkoman aprons and markers that came in the party pack for the kids to decorate. 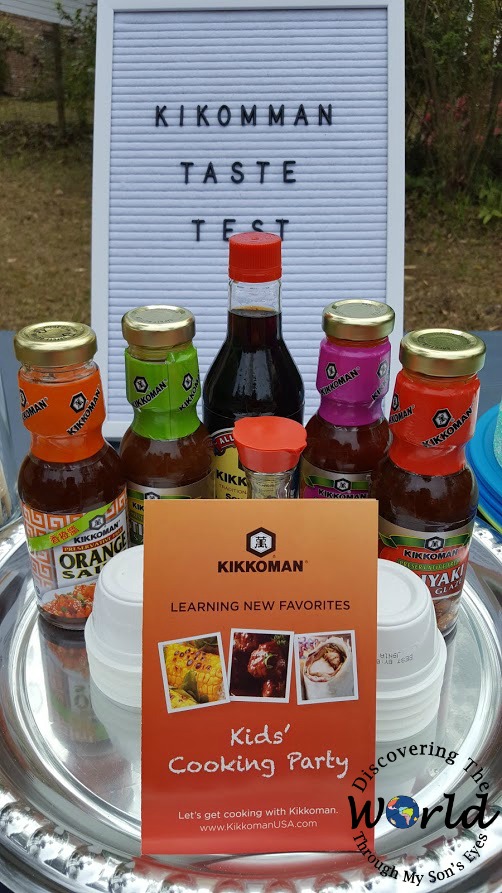 My dining table indoor was used as the wing-prep area. 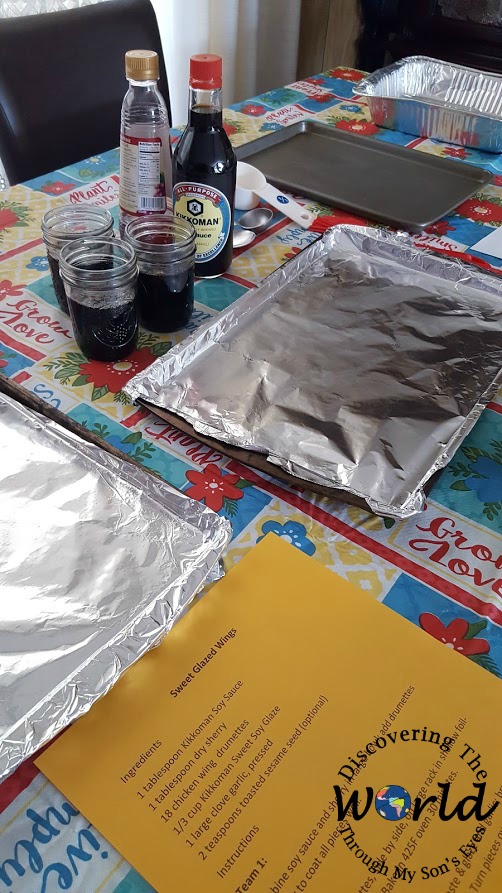 The kids decorated their very own aprons, and went inside to wash their hands for the food-prep. 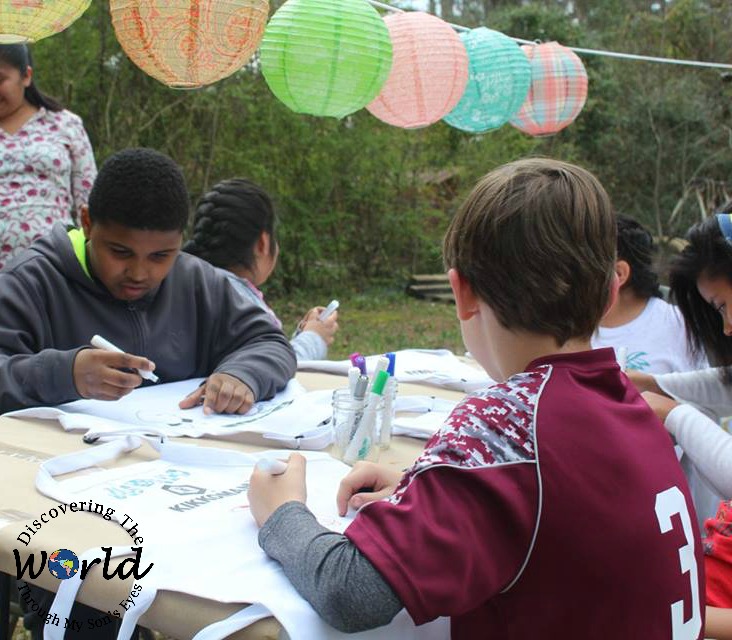 They were responsible for the preparation of the wings, and setting-up the outdoor table with the rest of the food.  The kids were teamed up in pairs, and one of the kids read the recipe aloud. The kids followed the instructions. 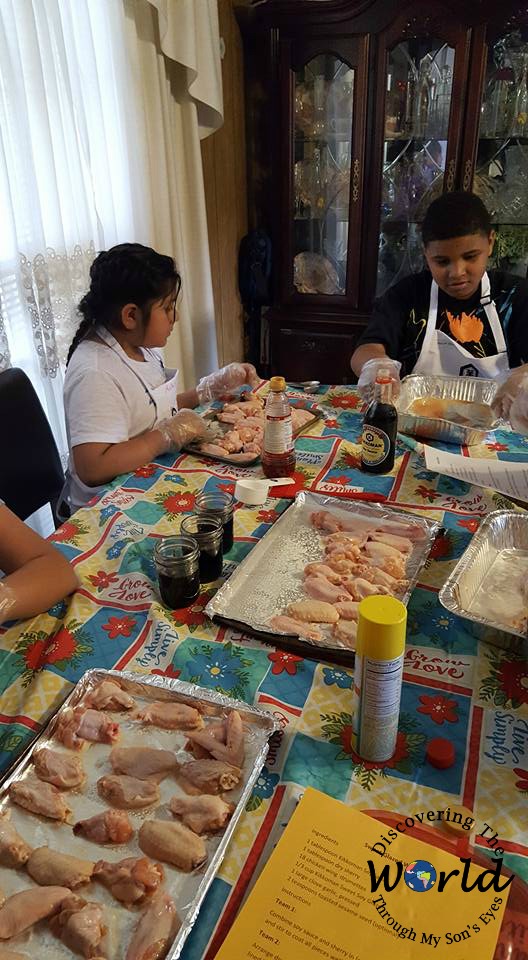 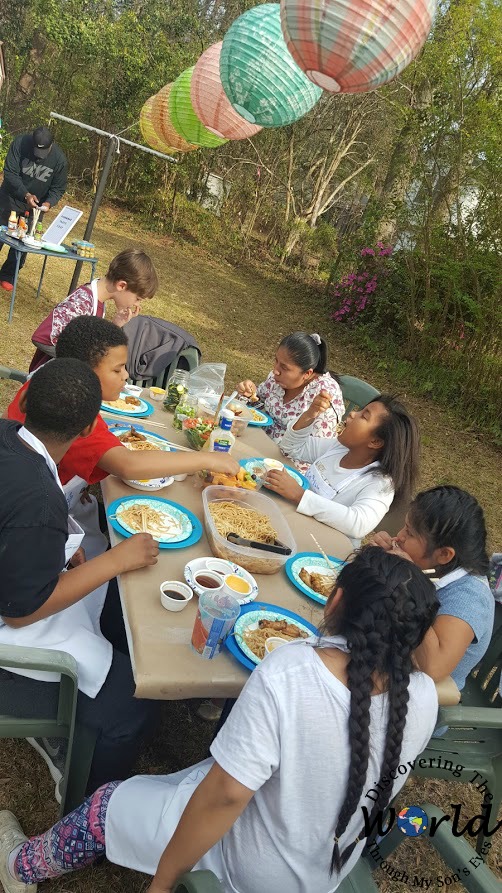 We all sat outdoors, and enjoyed our meal.  There were giggles, and laughs as each one claimed that “their wings” were the best! 🙂 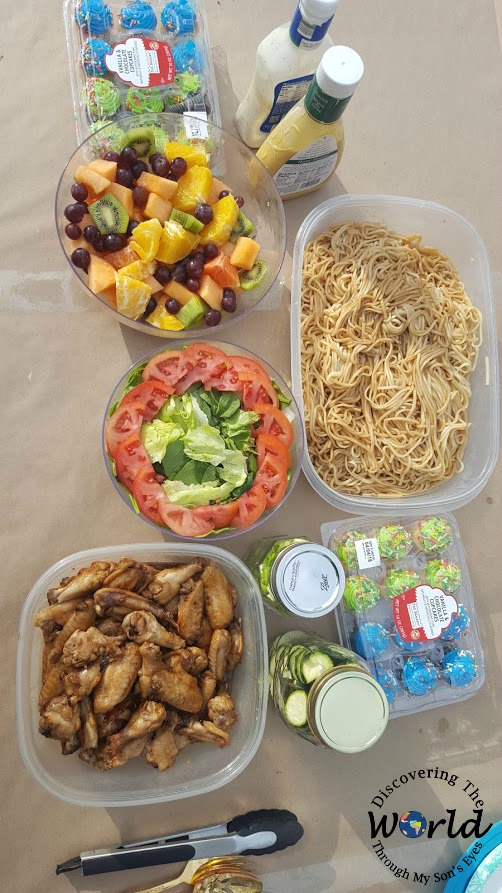 The kids learned valuable life skills such as, food safety, food preparation, team work, following instructions, and setting-up a table.  They especially loved the wing drumettes with sweet soy glaze.  They were finger-licking good, and they had seconds, and thirds. They even had their own dipping sauces, such as orange sauce, and the sweet and sour those were a hit!  The sesame noodle was tasty, and kids enjoyed adding their own sauces on them, too!

Once we finished eating they helped clear out the table.  Afterwards, they enjoyed some cupcakes for dessert, and took off to play some more.

For the sesame noodle recipe I used this super easy one found here, and for the sweet soy glaze wing recipe I used one from Kikkoman’s website.