In: Bilingualism
Tagged: Raising a bilingual child
When I talk about my child’s bilingual journey I often express how I was the “only one” who spoke the heritage language, how we were immersed completely in the community language; and how challenging it was, but in retrospect I realize I didn’t raise a bilingual child by myself… it took a village!
I could have not done this without rallying up the troops directly or indirectly. You may be asking, how do you rally up someone indirectly? Read along, and I’ll tell you how. 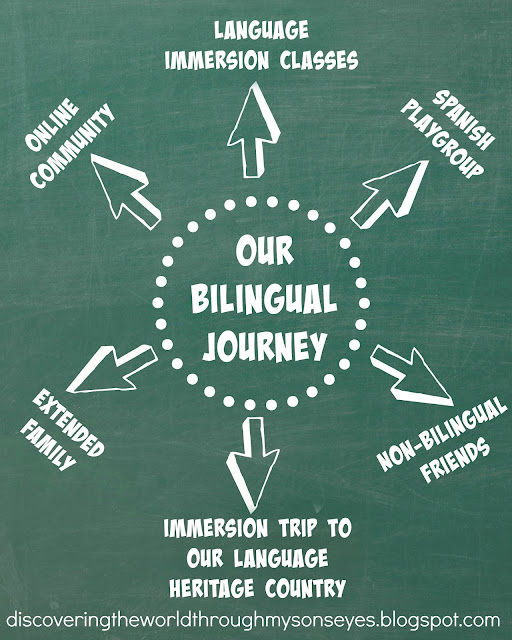 I was never really alone in little one’s bilingual journey I had a village all along, and I have many people to thank for making this journey an amazing one! ¡Gracias! Thank you!

This post was created for inclusion in this month’s “Raising Multilingual Children: Blogging Carnival” hosted by Marianna from Bilingual Avenue.