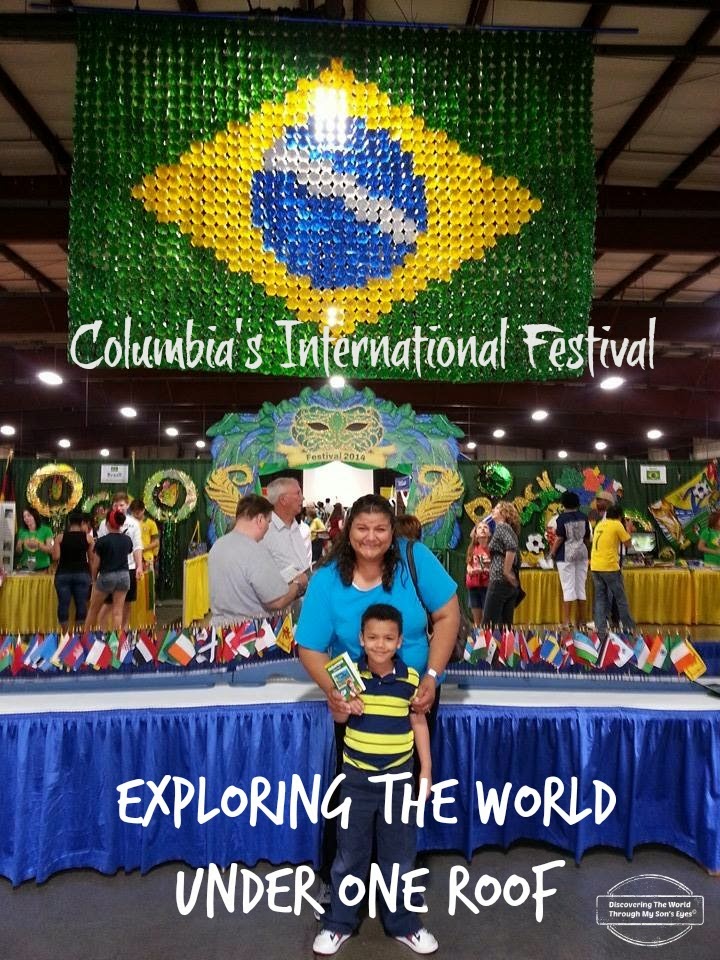 During this past month, little one and I had the opportunity to visit for the first time Columbia’s International Festival! We were exploring the world under one roof! The festival is a celebration of music, culture, and food from around the world; bringing different countries, and people together in one place. Every year the festival has a theme country, and this year it was Brazil! Perfect especially since the World Cup will be held in Brazil this year as well.
Entrance to the festival is only $5, and children under 5 are free.  Once inside we were able to purchase for a $1 a passport with all of the countries in the festival. Once you visit a booth they will stamp it for you. It’s like you’re traveling from country to country.
With passport in hand, little one and I visited booths of countries he was already familiar with; and we visited a few other countries as well.
Little one was excited, and we were also able to take a picture with the “face” of this year’s festival a beautiful Brazilian woman in typical Brazilian attire. 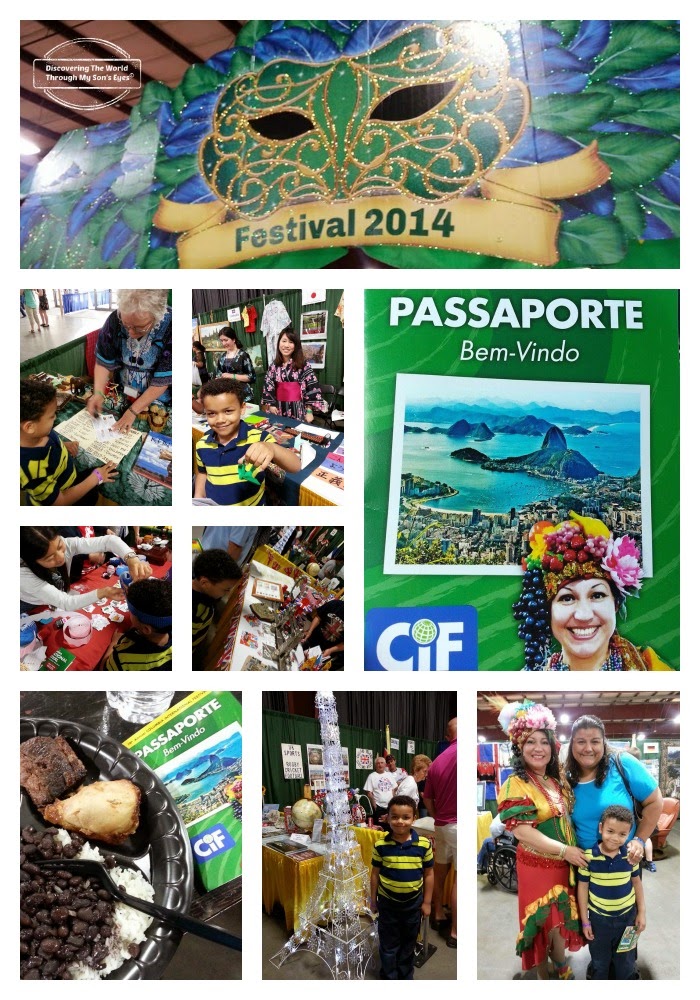 We also had lunch in the festival. However, most of the tables, and chairs were visibly occupied. We had to wait a little for a chair to become available. Little one sat on my lap as we ate Brazilian rice with black beans, chicken, spicy sausage and beef.
There were also performances from different countries, and there was a wide array of cuisine from different countries.
In the China booth a Chinese lady made a cute crown with my son’s birth year animal a mouse, and gave him a book mark. In the England booth he was gifted with a globe key chain, and a pencil.
I bought an Australian coin for a $1 they are no longer in circulation. I also purchased a Russian wooden whistle and and flat nose dolphin ornament, and musical instruments from Perú.
In Japan’s booth, little one patiently waited for an origami of a bird, and then he posed by Paris’ “miniature” Eiffel Tower. 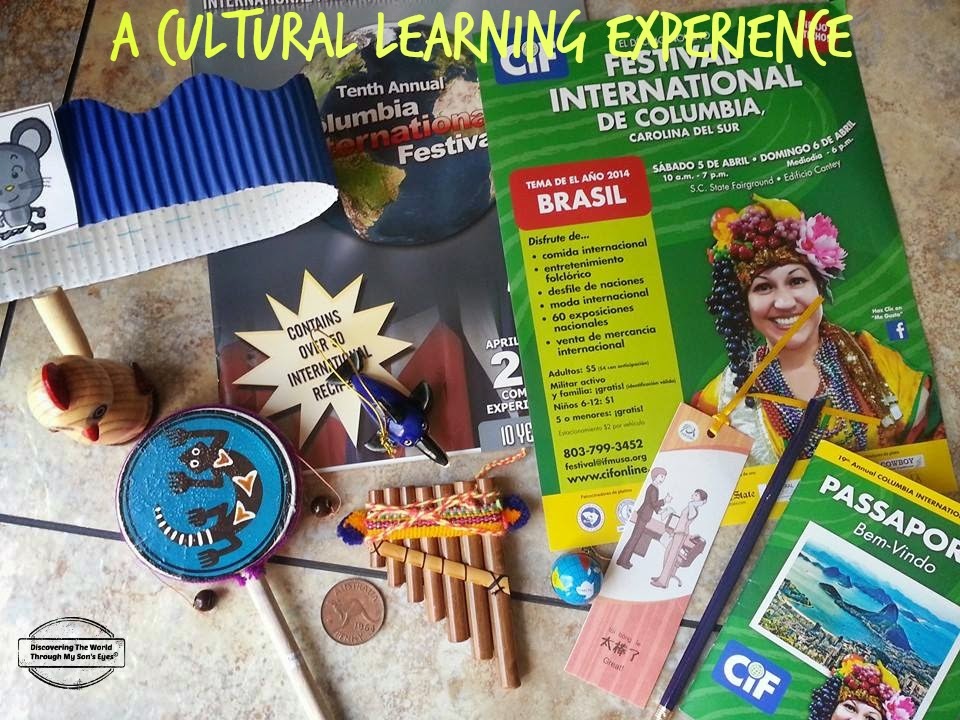 All in all, it was a wonderful event. However, we had to leave early because little man’s feet were aching, and we had no where to sit. As we left, we saw long lines of people waiting in line to purchase their entrance tickets. Since this was our first experience at the festival,  next year I plan to go as early as the doors open. Hubby will come with us, so we can secure seats for the performances, and also have a resting place for little one when he gets tired. I also plan to taste a little bit of cuisine from every country.  With a little one in tow, and just the two of us we didn’t do as much as I wanted us to do.  He got tired very quickly, and there were so many people.
Cultural festivals are a great way to incorporate culture appreciation and a learning experience for your children. Little one had the opportunity to see and talk to people from all parts of the world. Eat international food, listen to folk music, look at cultural displays and learn about other countries.
Sometimes we don’t have to hop on the plane to visit, and learn about  a different country. You can inquire about cultural festivals in your neck of the woods.   How do you teach culture to your children?
Check out my Heritage & Culture, and Discovering the World page.
Spread the love
2014-04-25
Previous Post: Latinas for Latino Lit Día Blog Hop with René Colato Laínez
Next Post: DIY Backyard Play Area