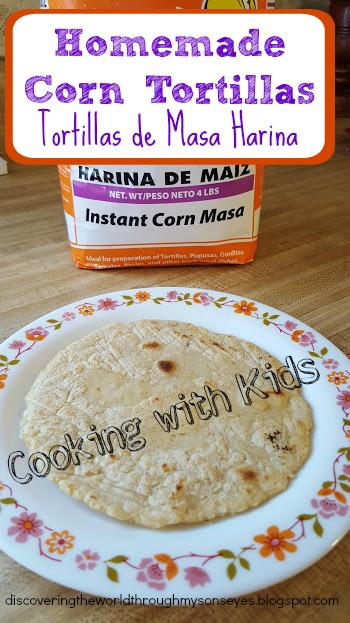 My child came home one day, super excited about a story he read at school! He pulls out his school book from his backpack, and shows me the page of the recipe.
He says, “¡Mamá let’s make tortillas!” It’s a short story from his school text book, and I can’t remember the story line but it surely made an impression on him.
Of course, I’ve never made homemade corn tortillas. So this was going to be a challenge especially since I didn’t have a tortilla press.  So I improvised with two plates, and some saran wrap (plastic wrap).  My sweet mom later on sent me a two tortilla press that I now use instead of the plates. 🙂 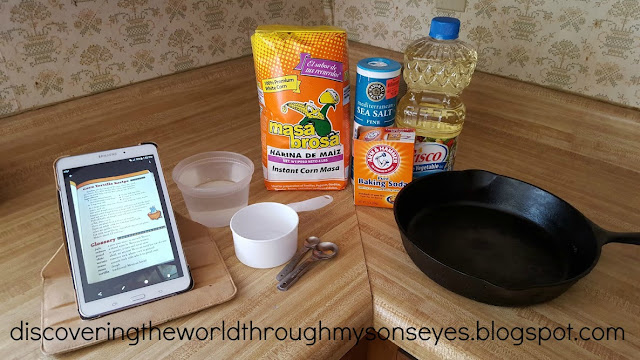 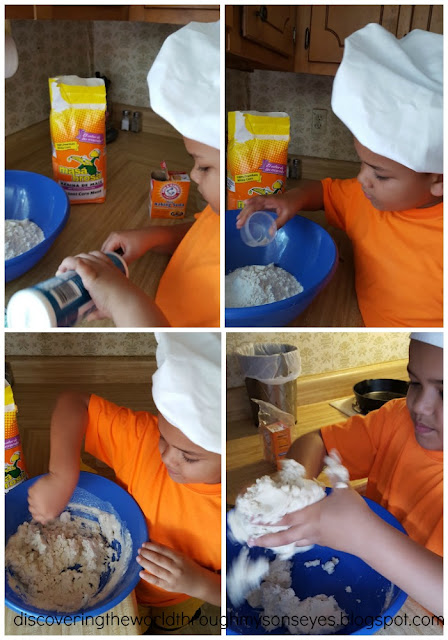 In a large bowl, mix corn flour, salt, baking soda, warm water and oil. Stir until dough stays together and does not break apart. Knead until dough forms a large ball. It should be soft and not sticky. Cover and let stand for two minutes. Pull off balls of dough, and roll each one into a small ball circle. Flatten with the press or (like we did with two plates).  Heat a heavy iron pan (or an electric skillet).   Cook the tortillas until both sides are golden brown.
Makes 12 tortillas. 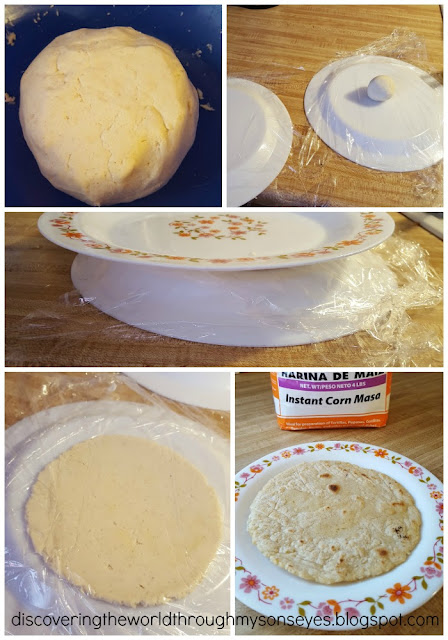 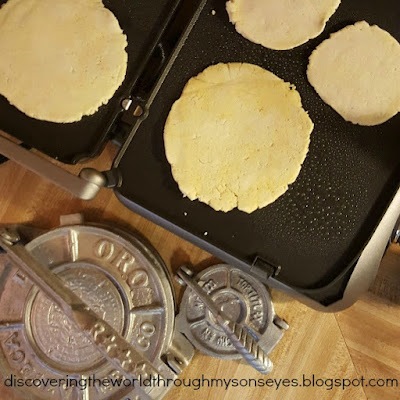 I have to admit these came out yummy although the texture was just missing something…. but I’ll figure it out. Practice makes perfect, no?
This post is part of the Multicultural Kid Blogs Global Learning for Kids Series. This month featuring Mexico. Do you have a post on Mexico? Be sure to link-up below! 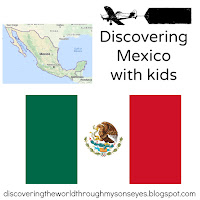