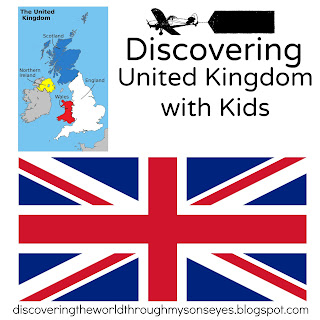 Through the past years we have received worldwide culture swaps from families from England, Scotland, and Northern Ireland, and from our subscription to Little Passport.
Although, we did go over all the fun stuff that we received it was boxed away. Now it’s waiting to be explored and played with again. So I had a few of little one’s friends visit and we traveled to United Kingdom.
We read letters from the families, and looked at the map one of them had sent us. We talked about similarities, and differences from our county, I had them fill in the blanks of the United Kingdom map that can be found here, and we explored the landmarks using this worksheet from Education.com.
With five very excited kids we headed to the kitchen to make Scotch Eggs! 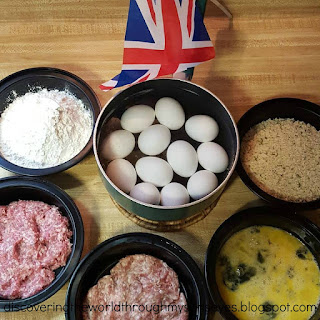 I followed the recipe listed here, but I used Panko instead, and I used two types of sausages: Italian seasoned and pork sage. I set all of the ingredients on a table in the kitchen. So each child had a chance to make their very own Scotch eggs. After they wrapped with sausage, and breaded their eggs I had them to go wash their hands, and I’d fry them. 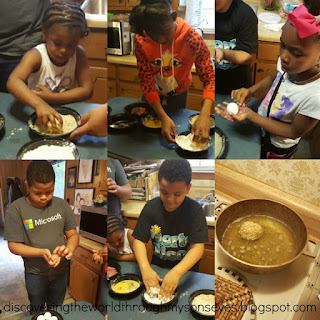 Back in January, I had the opportunity to review If you were me and live in… Scotland book for Multicultural Children’s Book so little one already had some knowledge  about Scotland’s culture.
I also compiled a list of popular British children’s book for the kids to look for at the library. The pictures below are affiliate links. It means that if you purchase using the links below and if you make a purchase I will receive a small monetary compensation. Thank you!

We are truly excited about our virtual tour to UK.  What country or countries have you visited virtually. Please comment below.
Spread the love
2016-04-12
Previous Post: Language Immersion Piece by Piece
Next Post: Childrens Target Language Book Swap