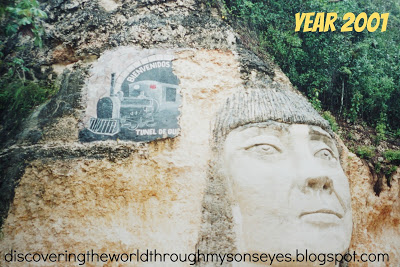 Also, throughout this month I will have a special series called: “Discovering Our Taíno Ancestry.”   This is the first installment of our series. We will be celebrating our Hispanic heritage and teaching little one about his Taíno ancestry.

This past summer we visited Puerto Rico. However, this visit was unlike any other it was our son’s first “real” Spanish immersion trip, and  I was also on a quest to teach our son about his Taíno heritage.

We had the opportunity to see “La Cara del Indio” it’s a rock sculpture of a Taíno Indigenous man located at the entrance of the town of Isabela and El Túnel de Guajataca. This impressive sculpture pays homage to the Cacique Mabodamaca who was a heroic chieftain from the 16th century protected his people, and way of life from the European invaders. This sculpture is visible from the main road and a vivid reminder of every Puerto Rican’s Taíno heritage.

Once home I focused on doing fun learning activities about the Taínos with little man. We read the book, On this Beautiful Island. We also referenced the activity book Habláme de Puerto Rico.

We practiced keywords in Spanish: 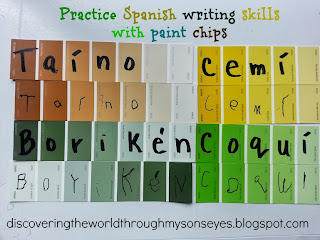 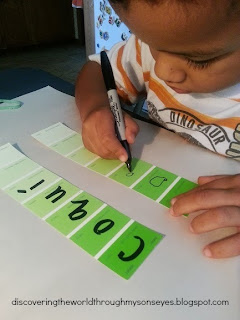 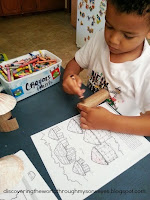 We also created a mini-sensory small village called yucayeque with bohíos, and a batey. The batey was a special plaza surrounded by stones with petroglyphs in which the Taínos celebrated their ceremonies and played the game bato with a ball made out of roots, herbs, and tree gum, and the areytos, a celebration of big events with music, dance, and storytelling.   For the mini-sensory village. We used rocks with petroglyphs that little one made, and I had purchased in Puerto Rico Taíno figurines and cemíes.  Little one also made some bohíos, and we cut some greenery from the yard. 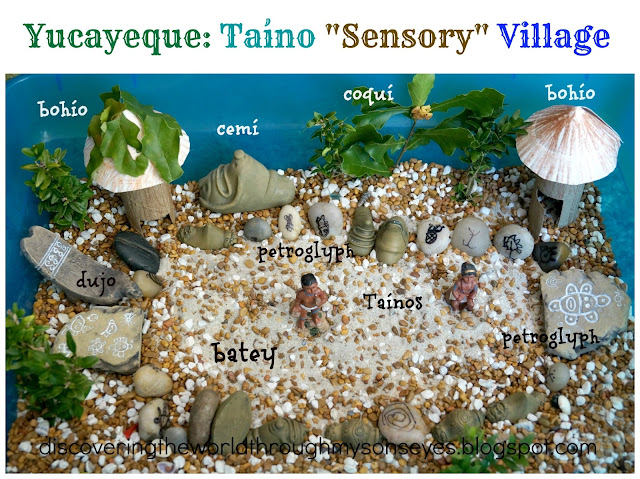 Little one also learned about the Taínos’ different social classes, and how they were divided.
Hopefully, on our next trip to Puerto Rico, little man will be older, and we’ll be able to visit la Cueva del Indio.  It’s rocky and not a very comfortable walk. In our upcoming installments of “Discovering Our Taíno Ancestry” we will learn about the cemí, the coquí the unofficial mascot of Puerto Rico, do-it-yourself petroglyphs, and more!

Do It Yourself Petroglyph: Discovering Our Taíno Ancestry