In: Cooking with Kids 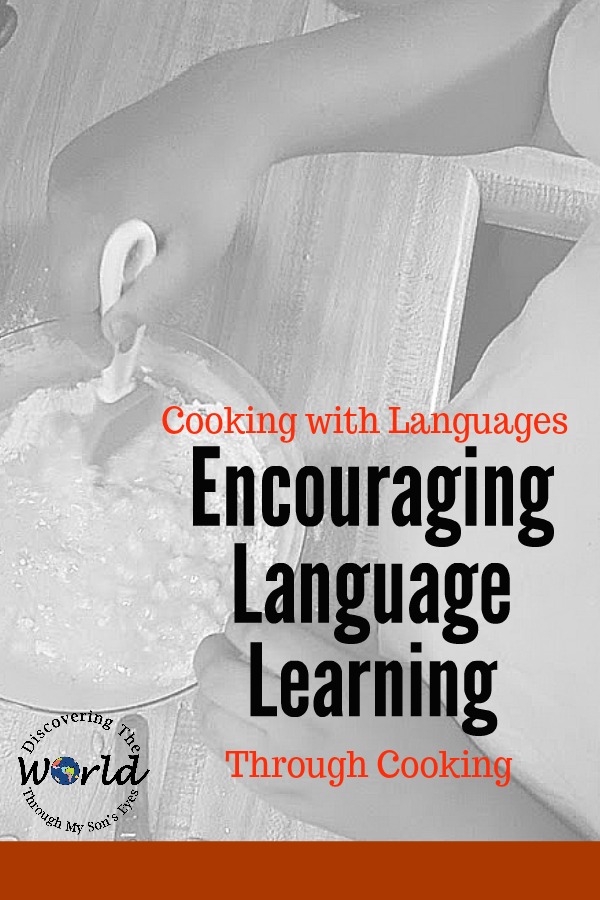 The struggle of raising a bilingual tween (pre-teen) is real!   He’s at the age where he feels that Spanish kiddie cartoons are lame, and reading in Spanish is boring.  So, I’ve compromised with him when it comes to reading in Spanish (I read one page, he reads another). Luckily, there is one activity that we can all agree is fun to do in Spanish and it’s cooking! Yes, cooking with kids in the minority language is always a hit!

I’m thrilled to have had the opportunity to review a digital download of Cooking with Languages a bilingual activity cookbook for kids. This cookbook is ideal for kids ages 5-6 years old.  The bilingual activity cookbook has colorful illustrations and can be used for either a Spanish language learner or an English language learner.   The activities in the book are simple enough for little learners to do on their own such as matching colors, identifying numbers, counting, and more.  However, for the recipes they will need help from an adult.

For older kids like my 9 year old,  the recipes were easy to follow and do it on his own.  After going through the recipes, we decided to make the lemon brownies.  Cooking with kids is the perfect time to practice the minority language.  He was reading the recipe in Spanish and conversing with me about the steps to follow. He wasn’t only practicing Spanish, and learning new words he was doing it without even realizing he was being exposed to the language! There was no fussing or whining about learning Spanish it was just flowing naturally. What a great feeling!

I treasure our conversation in the minority language and bonding over baking some delicious lemon brownies! Curious about the recipe? You’re going to have to get it here. 🙂  I can tell you this much: It was delicious!   I highly recommend this bilingual activity for both English  or Spanish learners. 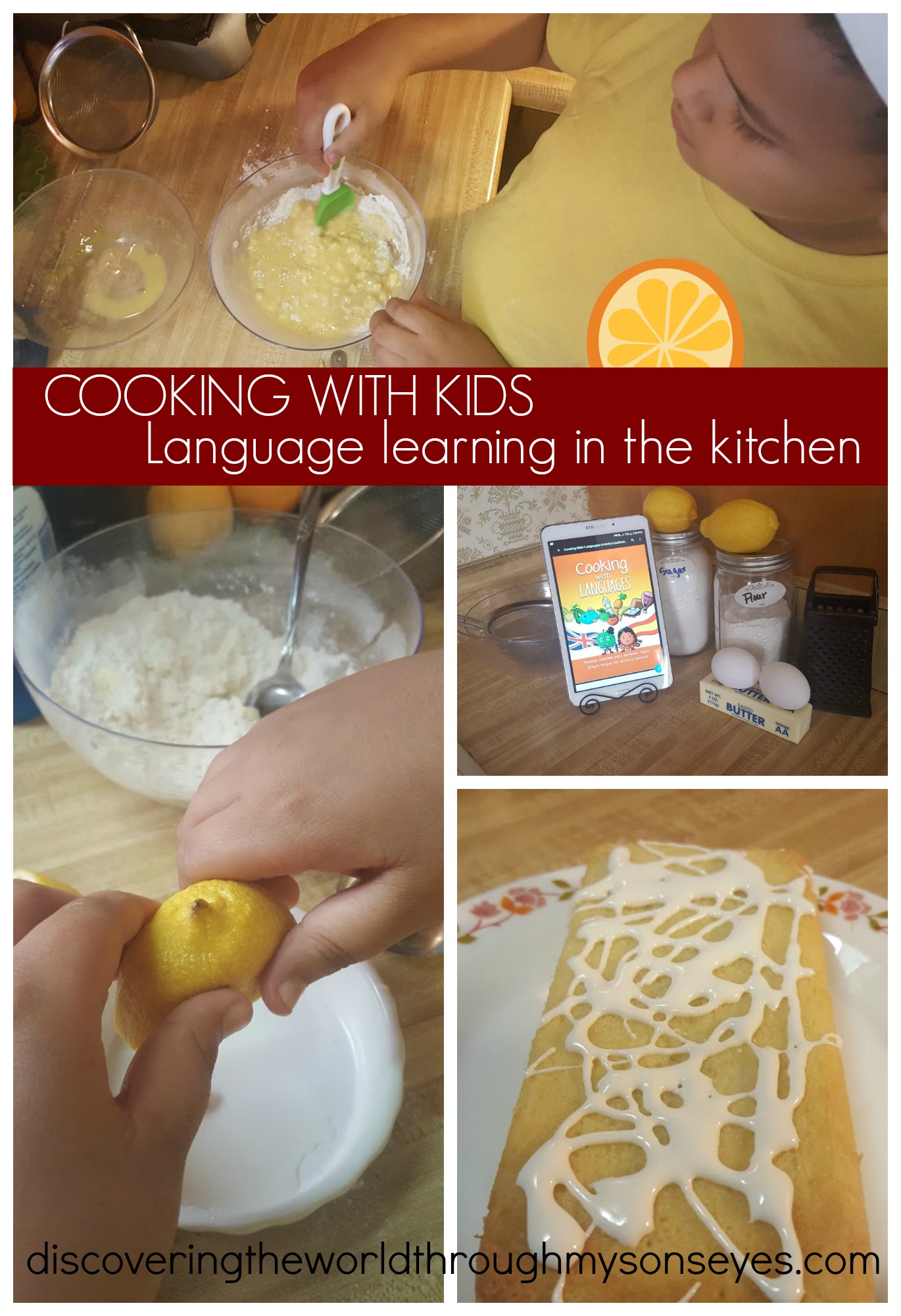 Cooking with Languages is a project of love created by British born Lisa and her two bilingual children Joshua and Francesca.    Educated in the UK and France, she has been a resident in Spain since 1991. She holds a 2.1 Hons degree in European Business Administration and is experienced in teaching English and Spanish as a foreign language, to students of all ages.  She is passionate about languages and has a sound understanding of the obstacles faced by foreign language learners. Lisa Speaks English, Spanish and French. You can meet the whole team here, and she can be found on  Facebook, Twitter and Instagram.

Disclosure: I received a complimentary electronic copy of this cookbook for the purpose of reviewing it. I did not receive monetary compensation for this review. All opinions are my own.

Raising a bilingual pre-teen (tween)? Read my post on Tips for Motivating Language Learning in Pre-Teens or my post on Spanish Chapter Books for Kids.

Spread the love
18
18
Shares
2018-01-29
Previous Post: Pedro The Great Kid’s Book Review {Multicultural Children’s Book Day}
Next Post: The Talk The Conversation That We Are Dreading

I am constantly looking for Spanish or Bilingual children’s book for my little man so I was delighted to find Sopa de Hortalizas (Coleccion Dos Lenguas) (Spanish Edition) (affiliate link) by Puerto Rican author Angeles Molina Iturrondo.Animal books are my son’s favorite, and I love that this book is a two in one. Presented in both English and Spanish with discussion questions for parents.