In: Bilingualism
Rolling your R’s can be difficult especially for a bilingual kid.  Uncertain on how to help my little one I reached out to a group of wonderful mamas from Multicultural Kid Blogs for some tips, and suggestions. 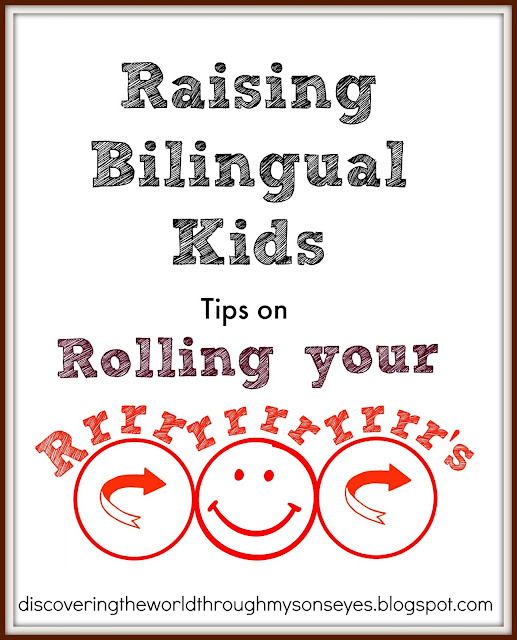 “Ladies, my 7 yr. old is having the hardest time rolling his R’s.  My poor baby even said it himself! He said, “Mamá, I can’t say the “R” me ayudas? I roll my R’s because Spanish is my native language, and he’s learning it as a 2nd language………… tips, suggestions?? Thanks!”
Becky from Kid World Citizen
Linda from Hispanic Mama
Malu from Bilinguazo (in response to Linda’s suggestion)
Jennifer from Spanish Playground  (in response to Linda’s suggestion)

Olga from The European Mama

Jennifer from Sra Casado Teaches Bilinguals
Monica  from Mommy Maestra
Johanna from Mama Tortuga
Amanda from Miss Panda Chinese
Varya from Creative World of Varya
Kali from For the Love of Spanish
Ute from Expat Since Birth
Diana from LadyDeeLG
Soraya  (in response to Diana’s suggestion)
Now,  Cordelia from Multilingual Mama didn’t share much of tip but since she has such witty sense of humor this is what she had to say.
These are the suggestions from these awesome mamas from across the globe. Do you have any tips or ideas? If you do please share!
Spread the love
2016-02-15
Previous Post: Black History Month Children’s Books
Next Post: Creative Kids Culture Blog Hop #36