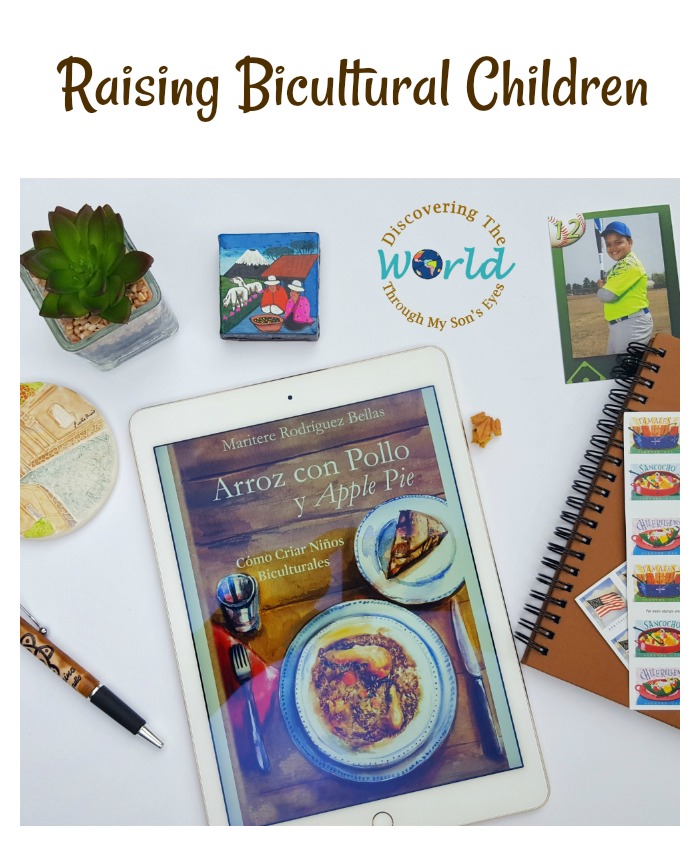 Below a real-life scenario in our home:

The World Baseball Classic is on.  United States vs. Puerto Rico are playing the final game to see who will be the champions.  Puerto Rico has been playing seven undefeated games through out the season and United States actually lost a game to them.  I have been pumped, excited, and cheering like a crazy woman, “¡Wepa!” during all of the games.

On that last game,  when they announced the Puerto Rico team my child started cheering them on! He too is saying “Wepa!”  I’m like, “¡Vamos Puerto Rico!”  Then the United States team is announced, and my child says, “Boo, boo!” and for a split second he stops.  He looks at me confused, and says, “Wait a second Mamá!  I’m from United States, too! Why am I saying ‘Boo’?”

At that moment, I couldn’t help but laugh out loud! I said, “Yes, papi (Puerto Rican term of endearment) you are from United States, but you’re also Puerto Rican (because of me). You should feel proud of both teams, but in this game we’ll be rooting and cheering on for Puerto Rico!”

In less than 3 hours Puerto Rico 🇵🇷 will play against the United States 🇺🇸 in the World 🌎 Baseball ⚾️ Classic 2017' . . This is the F-I-N-A-L-S mi gente! . 🇵🇷🇵🇷🇵🇷🇵🇷 The U.S. and undefeated P.R. will both be looking to win their first Classic title! . . My heart is torn but I will be rooting for the #bleachboys #teamrubio as many #boricuas across the world will be doing tonight as well. 🇵🇷🇵🇷🇵🇷🇵🇷 . This will be a show stopper, heart racing, and emotional game! . . Wepa! ¡Viva Puerto Rico! Soy Boricua 🇵🇷 aunque naciera en la luna! 🌛 . . #wbc2017 #yosoyboricua #losnuestros

It was in that moment that I realized that I have been doing a good job on raising a bicultural and bilingual child.  A child that although has never lived in Puerto Rico, feels a deep connection to the island, to the culture, and to the people.

This post may contain affiliate links.  I received a complimentary copy of this book for purposes of review. All opinions are my own.  Read my full disclosure here.

However, getting to this point wasn’t easy.  Many times, I found myself at a crossroads between balancing two cultures for our son. Not knowing how to raise a bicultural child I created heritage board for him when he was 3 1/2 years old.  I was desperately looking for ways for him to connect with both cultures; and at times felt that one would “take over the other” (which is not true).  My son is a true Southern boy!   For instance, why does my child insist on having gravy on his arroz con gandules (Puerto Rican rice with pigeon peas).  Whaaaaat?!  Ha! I struggled with this but soon came to realize that his upbringing is bicultural. He will always have a good dose of his African American culture because we live in the U.S.A. but it is up to me to make sure he has an equal dose of his Latino culture as well.

Back in 2008, I wish I had the book Arroz con Pollo and Apple Pie by Maritere Rodriguez Bellas. In Chapter 3, Maritere explains that it is possible to balance two cultures.  It is inevitable when raising bicultural children. Remember my dilemma about finding a balance?

This is the Latino parenting book I needed when my baby was born!

Maritere’s book is a compilation of stories collected throughout the years, and she too shares her own struggles as well. This book is for the immigrant mother, for the second or third generation Latino parent, for the single Latino parent or any one who is raising bicultural children.  Another chapter that really touched me was Chapter 6.  I love how she talks about disciplining your children bi-culturally.   How we questioned how our own parents disciplined us, yet we are like them; and how to find the perfect balance.

You will find topic like this, and much more in every-single-chapter.

Arroz con Pollo and Apple Pie will make you laugh, will make you smile and will make you feel that you’re not alone in this bicultural  journey. It is a Latino parenting book with resources, tips, anecdotes, and of course, the author’s very own arroz con pollo and apple pie recipes. 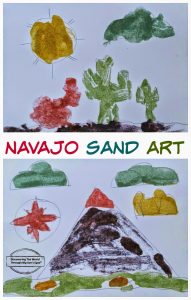 This month we’re celebrating Native American Heritage Month with a beautiful Navajo sand art activity and Native American corn husk dolls. Note: This post contains affiliate links if you click on it, and make a purchase I will receive a small monetary compensation.