Are you Native American, Mexican or Indian? 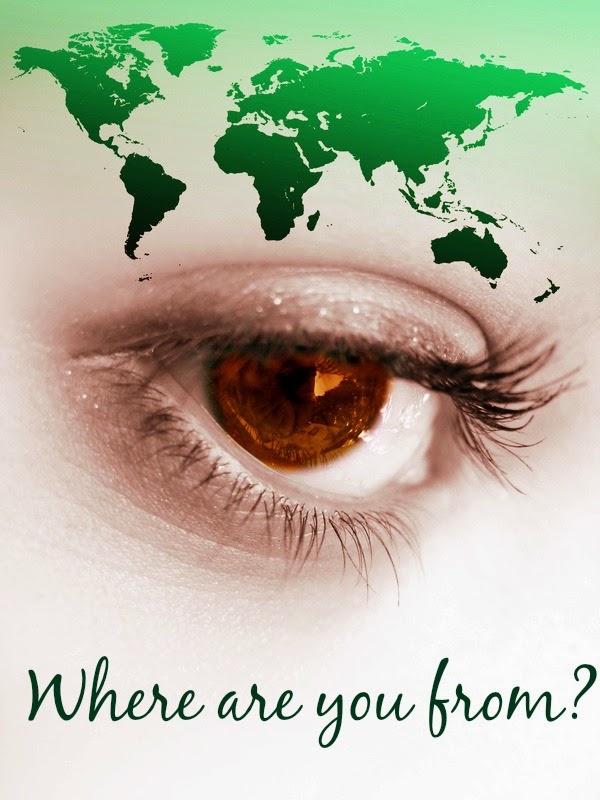 You’d be surprised how often I get asked this question!

Like they say in Puerto Rico, “¡Esa es la pregunta de los 64 mil chavitos!”  The literal translation is “That is the 64 thousand pennies question.”  The statement literally means that the person has asked a somewhat complicated question at least in my case. 🙂

“Where are you from?” {Big sigh!}   When I answer Puerto Rico I get puzzled looks followed by another question. “Where is that?” {Huge sigh with a smile!} Then I go on to explain that it’s a small island in the Caribbean.  Believe it or not, I get asked another question! “Was it hard to get your green card?” Ha!!! I literally laugh at this question! Especially when it was asked by a professional colleague of mine. I was like, “Wow! Did she just really ask me that question?”
I explain to my very professional, and educated colleague that Puerto Rico is part of the United States, and that we’re a commonwealth. Anyone born on the island is a U.S. citizen, and we do not require green cards or passports to come to the U.S.A.
I remember walking into a  book store one day. This lady is staring at me, and very bluntly asks,  “What tribe do you belong to?” I was like, “Excuse me?” I was totally clueless about what she was talking about! She asks again, “Yes, what Native American tribe do you belong to?”
Another day I was at the library speaking to my child in Spanish. A group of girls (teenagers) were watching us. One of them approaches me, and asks,  “Are you Mexican?”  Then on another occasion, an older man asks, “How long ago did you move here from India?”
These are just some instances that I recall being asked where I was from.  Most of the time, I get glances, double takes, and stares…especially when I’m with my husband and child. I literally “stand out” wherever I go. I’m a tall Latina woman that hails from New York, but has Puerto Rican and Ecuadorian parents. Married to an Afro American man, and we have a son.
We’re a biracial, bilingual, and very multicultural family!
I guess this comes as a result of living in a small predominantly Black/White southern town in the U.S.A. In all honesty, it doesn’t faze me at all being questioned where are from or what am I. They ask this question because of my looks, or because of my accent when speaking in English.

I can answer by telling them I’m from (town where we live), but I know my answer will not suffice their curiosity.  So I’m happy to oblige, and educate them!

However, being questioned where I’m from or what am I so frequently brings me to think of our beautifully mixed son.  He’s just 5 yrs. ago, and I’m teaching him to embrace his biracial, and multicultural identity with pride.  So when the question of “los 64 mil chavitos” arises he’ll be able to answer with pride!

This post has been written for inclusion in the Multicultural Carnival hosted by Stephen Greene from Head of the Herd.
Spread the love
2014-05-13
Previous Post: Discovering Egypt {Global Culture Education}
Next Post: My Bilingual and Bicultural Story: A Second Generation Latina