Our Journey into Spanish Immersion Classes

In: Bilingualism
Tagged: Raising a bilingual child
With: 7 Comments

Our Journey into Spanish Immersion Classes

As a bilingual mother trying to raise a bilingual child in an English monolingual environment has been challenging. However, my hopes and dreams of raising a bilingual child have been rekindled by both the opportunity to enroll him in Spanish Immersion class, and my son’s continued interest in the Spanish language, and as he claimed some time ago, “Mommy I know Spanish!” 🙂
Three and a half weeks ago, I came across a language learning center The Language Buzz that promotes language immersion, and cultural experience. So I quickly jumped on it!  I was so excited for my son! This will be an opportunity for him to learn with other children his same age.   The language center offers a Spanish immersion class for preschoolers on Saturdays. This works for us, although not close to home; it’s close enough to make a “teenie weenie” sacrifice of driving 47 miles so my son can learn Spanish with other children. 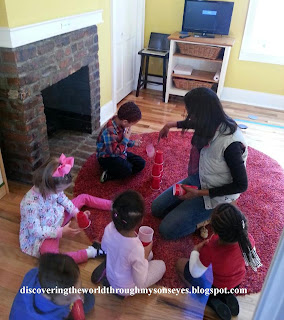 This is a big step towards helping my son to be bilingual, therefore we had to do a little prepping before his first Spanish lesson.  Little one and I had a talk.  I told him  how important it was for him to learn “some more” Spanish. (Remember when he told me that he knew Spanish? You can read about it here.)

I also told him we were going to be making some changes at home: 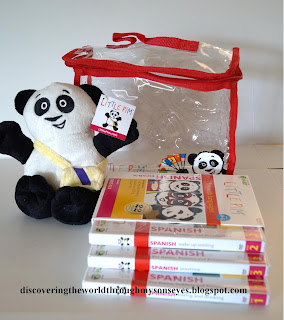 Update (It’s been 3 weeks since his 1st Spanish lesson):

Reflection:
Enrolling him in the Spanish immersion class is boosting his confidence by leaps and bounds! His Spanish instructor is using music, games, story time and short videos during her session. Like my dear sister, an ESL (English as a Second Language) teacher commented on a  Facebook picture of mine about his Spanish Immersion class: “The teacher uses essential tools that engages students and it’s also challenging their creativity and significantly enhancing their knowledge and understanding.”  I couldn’t have said it any better!
I am beyond happy, and so much more confident that my baby will become bilingual!

Have you had any experience with language immersion classes or school? How about at-home lessons, or tutors?

This post has been shared at World Wide Culture Swapper.

Puerto Rican Terms of Endearment and Expressions of Love 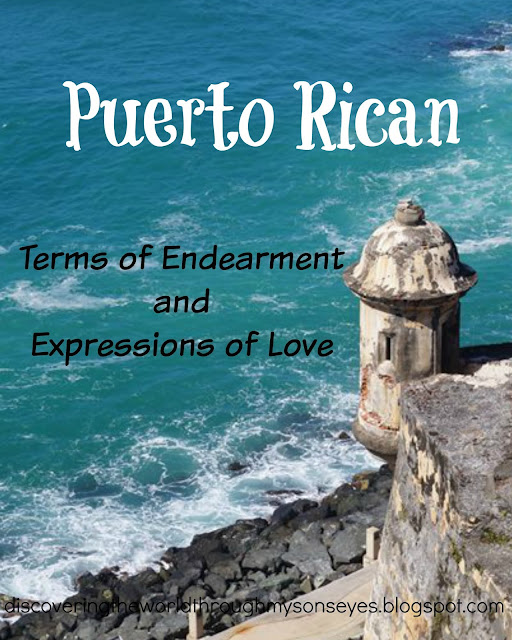 Only a Puerto Rican can understand and relate to these popular Puerto Rican tems of endearment and expressions of love. However, being in a bicultural relationship means conveying and explaining to my better half that if I call you Papi/Pai, I’m not really calling you Daddy. It’s simply a term of endearment for males.